WNBA star Brittney Griner didn’t want any alone time as soon as she boarded a U.S. government plane that would bring her home.

"I have been in prison for 10 months now, listening to Russian. I want to talk," Griner said, according to Roger Carstens, the special presidential envoy for hostage affairs, who helped secure the basketball star’s release and bring her back to the U.S. last week.

She then asked Carstens, referring to others on the plane: "But, first of all, who are these guys?"

"And she moved right past me and went to every member on that crew, looked them in the eyes, shook their hands and asked about them, got their names, making a personal connection with them.," Carstens recalled. "It was really amazing."

RELATED: Brittney Griner lands back in US after Russian prisoner swap

Ultimately, Griner spent about 12 hours of an 18-hour flight talking with others on the plane, Carstens said. The two-time Olympic gold medalist and Phoenix Mercury pro basketball star spoke about her time in the Russian penal colony and her months in captivity, Carstens recalled, although he declined to go into specific details. 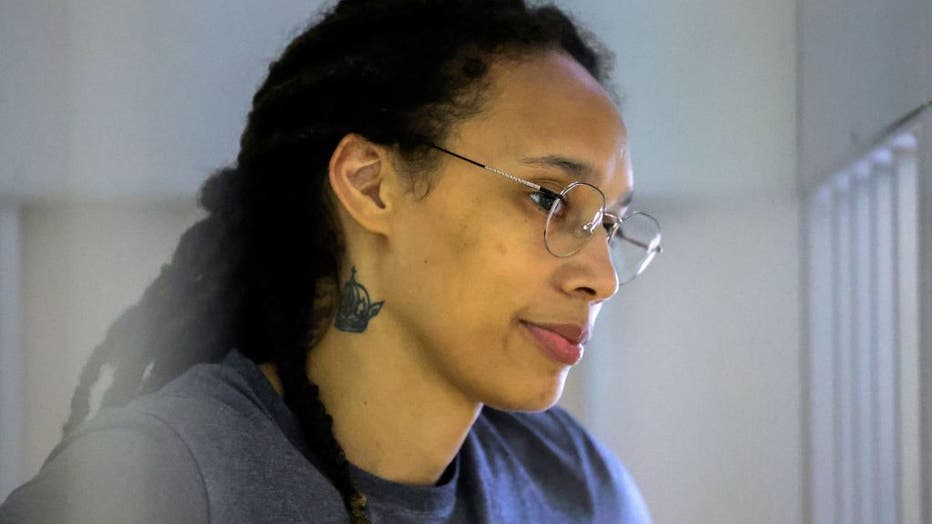 US Women's National Basketball Association (WNBA) basketball player Brittney Griner, who was detained at Moscow's Sheremetyevo airport and later charged with illegal possession of cannabis, waits for the verdict inside a defendants' cage during a hea

"I was left with the impression this is an intelligent, passionate, compassionate, humble, interesting person, a patriotic person," Carstens said. "But above all, authentic. I hate the fact that I had to meet her in this manner, but I actually felt blessed having had a chance to get to know her."

Although Griner is undergoing a full medical and mental evaluation, Carstens said she appeared "full of energy, looked fantastic."

Griner, who also played pro basketball in Russia, was arrested at Moscow’s Sheremetyevo Airport in February after Russian authorities said she was carrying vape canisters with cannabis oil. The U.S. State Department declared Griner to be "wrongfully detained" — a charge that Russia has sharply rejected. 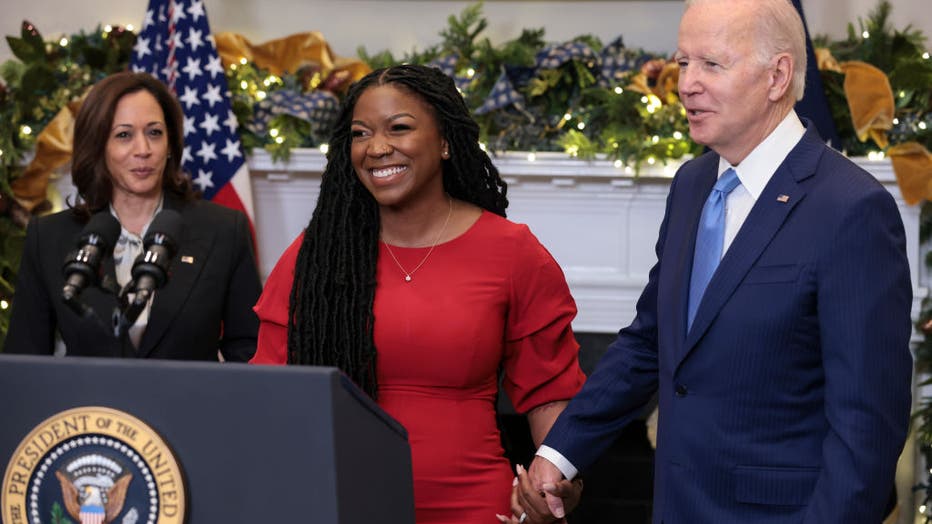 President Joe Biden holds the hand of Cherelle Griner, Brittney Griners wife after speaking on the release of Olympian and WNBA player Brittney Griner from Russian custody, at the White House on December 8, 2022 in Washington, DC. Biden was joined by

President Joe Biden announced on Thursday that the U.S. had secured Griner's release. In exchange, the administration offered Russia the release of notorious arms dealer Viktor Bout, who had been serving a 25-year sentence on charges that he conspired to sell tens of millions of dollars in weapons that U.S officials said were to be used against Americans.

RELATED: Who is Viktor Bout, Russia's 'Merchant of Death' freed in prisoner swap for Brittney Griner?

Watch President Biden and Brittney Griner's wife make remarks after the president announced that a prisoner swap with Russia will bring the WNBA star home. She's been jailed in Russia for more than nine months on marijuana charges.

But the U.S. was unable to secure the freedom of Paul Whelan, who has been held in Russia for nearly four years. Administration officials have stressed repeatedly that they are still working to release Whelan, whom Russian officials have jailed on espionage charges that both his family and the U.S. government say are baseless.

"They hold Mr. Whelan differently because of these espionage charges," John Kirby, a spokesman for the National Security Council, said Sunday. "So we’re working through that now. We are now more informed, clearly having gone through this process over the last few months. We’re more informed. We have a better sense of the context here, where the Russia’s expectations are and we’re just going to keep working on it."

Carstens, the U.S. government’s top hostage negotiator, said "there's always cards" to play in securing an offer for Whelan and said he spoke with the jailed American on Friday.

"Here’s what I told him. I said, ‘Paul, you have the commitment of this president. The president’s focused. The secretary of state’s focused. I’m certainly focused, and we’re going to bring you home,’" Carstens said. "And I reminded him, I said, ‘Paul, when you were in the Marines, and I was in the Army, they always reminded you, keep the faith.’ And I said, ‘Keep the faith. We’re coming to get you.’"

Carstens spoke on CNN’s "State of the Union," and Kirby appeared on ABC's "This Week."