MARYSVILLE, Wash. -- The man suspected of causing a horrific car crash in Marysville is still on the run, and police think he may be wearing wigs to avoid arrest.

Officers say 27-year-old Zachary Kier has claimed he is not going back to prison.

He's been spotted in Issaquah, Kirkland and Lake Stevens since Aug. 3, when officers say he hit a couple in their 70s head-on as they drove home.

Because of their injuries, neither victim can walk yet. They say they feel if Kier is not caught, more innocent victims like them will be hurt. 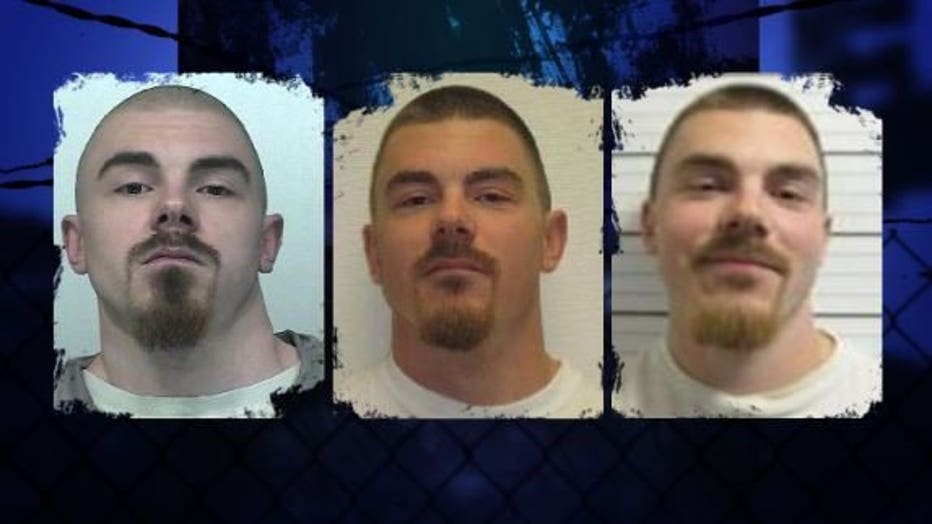 Vicki Strickfaden and Larry Austin were driving home from a night out at Tulalip Casino when police say Kier rammed them head-on, crushing the front of their Chrysler and setting off the airbags.

"I felt like we were gonna die then," Strickfaden said. "I kept saying 'I can't breathe,' and he was saying the same thing. So it was very traumatic, it was awful."

Vicki suffered the worst injuries in the crash. Her ankle was shattered, and she broke her shoulder and elbow.

Marysville Police Officer Joe Belleme says video created by their Faro 3D scanner that uses lasers and a camera shows Kier crossed into the oncoming lane going between 50 and 60 mph.

"It pushed that victim vehicle back about 15-20 feet, and it almost kicked it 90 degrees sideways," Belleme said.

He believes Kier ran because he's on probation for possession of a controlled substance. Officers found baggies of heroin and meth in his Jeep.

That includes Dana Krum, a passenger who was in Kier's back seat. Krum was on life support for weeks; he is still in the hospital, but his family says he's off a ventilator now and is slowly recovering.

Both Vicki and Larry would like to see Kier caught, but it won't change their situation. It will be months before either can walk again, and Vicki is still in rehab.

"I don't like being in rehab," she said. "I don't sleep well. I miss home, I miss Larry. I mean this accident completely changed our life."

Kier has family connections in Cle Elum as well as convictions in Kittitas County and King County.

Crime Stoppers of Puget Sound is offering a cash reward of up to $1,000 for information that leads to his arrest. It is anonymous. If you know where Marysville Police can find him, call 1-800-222-TIPS or submit the information P3Tips.com or through the P3 Tips app on your phone.