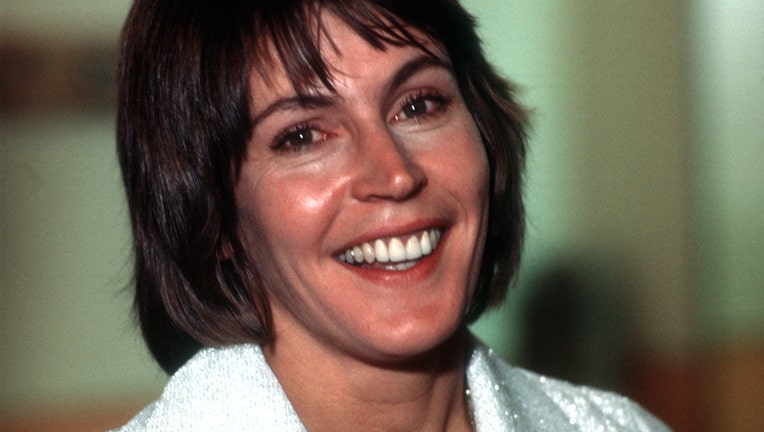 LOS ANGELES, Calif. - Helen Reddy, who shot to stardom in the 1970s with her rousing feminist anthem “I Am Woman” and recorded a string of other hits, has died. She was 78.

Reddy’s children Traci and Jordan announced that the actor-singer died Tuesday in Los Angeles. “She was a wonderful Mother, Grandmother and a truly formidable woman,” they said in a statement. “Our hearts are broken. But we take comfort in the knowledge that her voice will live on forever.”

Reddy’s 1971 version of “I Don’t Know How to Love Him” from the musical “Jesus Christ Superstar” launched a decade-long string of Top 40 hits, three of which reached No. 1.

The Australian-born singer enjoyed a prolific career, appearing in “Airport 1975” as a singing nun and scoring several hits, including “Ain’t No Way To Treat a Lady,” “Delta Dawn,” “Angie Baby” and “You and Me Against the World.”

In 1973 she won the best female vocal pop performance Grammy Award for “I Am Woman,” quickly thanking her then-husband and others in her acceptance speech.

“I Am Woman” would become her biggest hit, used in films and television series.

In a 2012 interview with The Associated Press, Reddy cited the gigantic success of “I Am Woman” as one of the reasons she stepped out of public life.

“That was one of the reasons that I stopped singing, was when I was shown a modern American history high-school textbook, and a whole chapter on feminism and my name and my lyrics (were) in the book,” she told the AP. “And I thought, `Well, I’m part of history now. And how do I top that? I can’t top that.′ So, it was an easy withdrawal.”

Reddy’s death comes less than three weeks after the release of a biopic about her life called “I Am Woman.”

The film's director, Unjoo Moon, said the film resulted in a seven-year friendship with Reddy.

“I will forever be grateful to Helen for teaching me so much about being an artist, a woman and a mother,” she said in a statement. “She paved the way for so many and the lyrics that she wrote for ‘I am Woman’ changed my life forever like they have done for so many other people and will continue to do for generations to come. She will always be a part of me and I will miss her enormously.”

A performer since childhood, Reddy was part of a show-business family in Melbourne. She won a contest that brought her to the United States and launched her recording career, although she first had to overcome ideas about her sound.

“In my earlier days in Australia, I was considered to be more of a jazz singer," she told the AP in 1991. "When I won the contest that brought me to this country, one person said, ‘The judges didn’t feel you could have a recording career because you don’t have a commercial sound.’”

Reddy retired from performing in the 1990s and returned to Australia, getting her degree in clinical hypnotherapy.

She later returned to California, where in the 1970s she had served on a statewide Parks and Recreation Commission, and returned to the stage occasionally.

In 2017 she performed “I Am Woman” at a Women's March in Los Angeles, singing alongside actor Jamie Lee Curtis. Curtis said it was the “ honor of my life” to introduce Reddy at the event.