SNOQUALMIE PASS -- A 73-mile stretch of I-90 opened back up Monday evening after being closed for about fifteen hours.

Hundreds of drivers were stranded on both sides of the pass for much of the day. Truckers waited to get their loads to eastern Washington and beyond.

Snowboarders like Luke Schaefer just want to dig into the snow at The Summit ski resort.

"All those guys that are already staying up there, makes me wish I had stayed up there last night," said Schaefer.

But minutes later, those guys were being escorted down by state troopers.

They had been trapped at the top because so much snow had fallen overnight. It caused several avalanches, including one snow slide, as tall as a semi-truck, that covered the entire highway. Several trees, weighted down by snow and rain, also came tumbling down.

"We had one tree that fell across all three of the west bound lanes," said Don Whitehouse, with WSDOT. "And that’s when we closed it down."

Crews spent the day cleaning up snow and trees, and by 4:30, the road was deemed safe for travel, though with more snow on the way, and the threat of more avalanches, WSDOT can't guarantee that it won't be shut down again.

Unfortunately, snowboarders like Schaefer were destined for disappointment. The Summit decided to close for the rest of the day, citing uncertainty on I-90 and not enough staff on hand to work the resort.

"I'll probably go prep my board for tomorrow," said Schaefer. "Try it again." 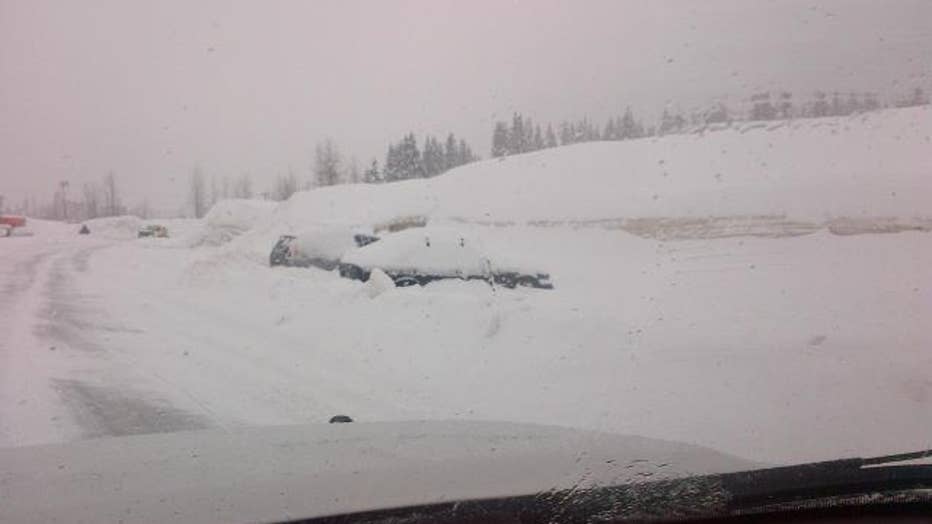