MIAMI - Sam maintained its Category 4 hurricane status into Tuesday afternoon, and though it remains well offshore in the Atlantic Ocean, the storm has caused swells impacting the Leeward Islands and could create "life-threatening" rip currents in the Bahamas, Bermuda and eventually the U.S. East Coast.

The storm was located about 530 miles east of the northern Leeward Islands and traveling northwest at 9 mph, according to a Tuesday morning update from the National Hurricane Center.

It was generating maximum sustained winds of 130 mph, making it a Category 4 hurricane. Sam previously was a Category 4 storm but was downgraded on Monday to Category 3.

No coastal watches or warnings were in effect.

Sam was expected to continue moving northwest for the next few days, with an increase in forward speed beginning on Thursday. A turn toward the north is expected by Friday.

Meanwhile, forecasters were also keeping an eye on two disturbances in the Atlantic off the coast of Africa. 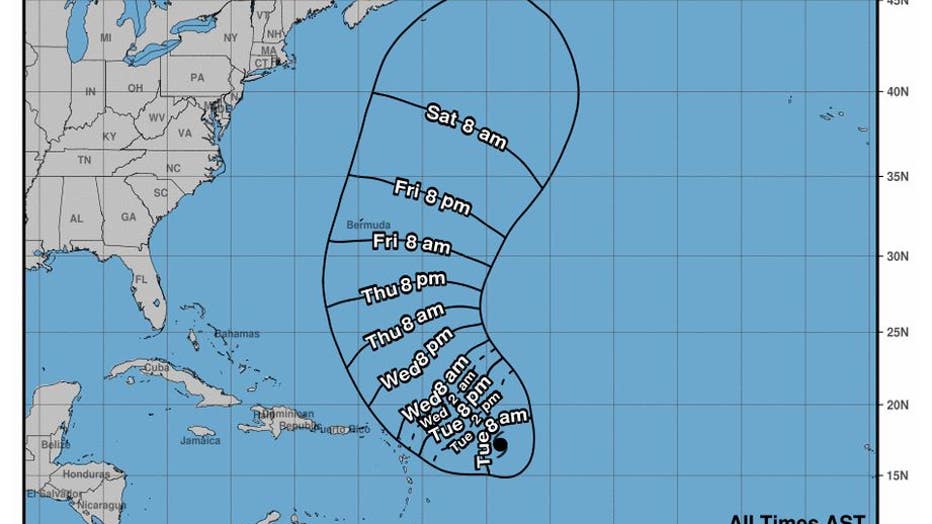 "There’s a lot of activity in the tropics," said FOX 13’s meteorologist Dave Osterberg. "You’ve got Sam, which is forecast to move east of Bermuda, and then these two disturbances that came off the coast of Africa, both could develop."

Osterberg said the two disturbances have a 90% chance of developing in the next few days, adding that none of this was anticipated to move toward the United States.

RELATED: Track the tropics on MyFOXHurricane.com

This story was reported from Cincinnati and Los Angeles.