NASA managers decided earlier this week to leave the 322-foot-tall moon rocket and Orion spacecraft at Kennedy Space Center Launch Pad 39B, where it has been since the rollout on Nov. 4.

Nicole made landfall as a Category 1 hurricane with 75-mph winds around 3 a.m. near Vero Beach, Florida, about 70 miles south of Kennedy Space Center.

Earlier in the week, NASA said the National Hurricane Center forecast for Nicole was within the margin the SLS rocket is certified to withstand.

WHAT IS NASA'S ARTEMIS 1 MISSION GOING TO DO?

"Current forecasts predict the greatest risks at the pad are high winds that are not expected to exceed the SLS design," NASA wrote in a blog post. "The rocket is designed to withstand heavy rains at the launch pad and the spacecraft hatches have been secured to prevent water intrusion." 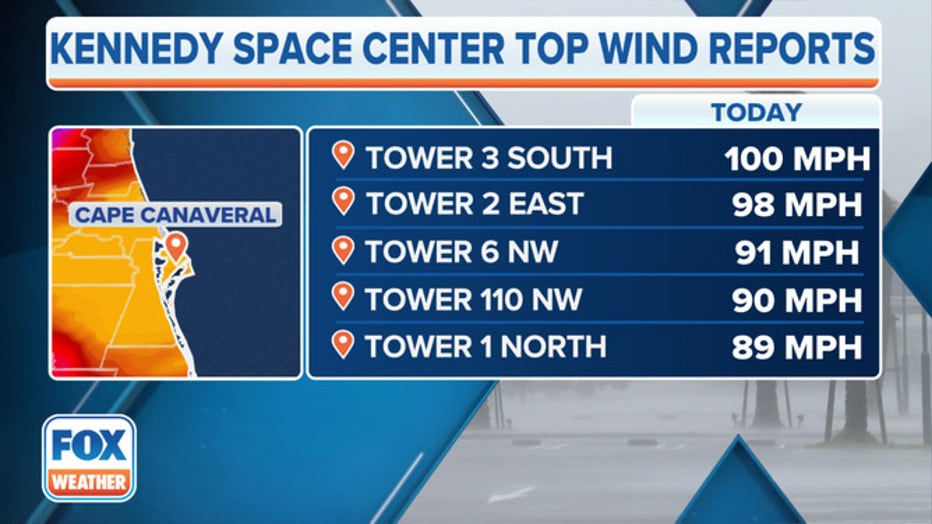 Around 2 a.m., an 86-mph wind gust was recorded on a lightning tower near the Kennedy Space Center launch pad – exceeding the SLS certification – according to the National Weather Service. After landfall, a 100-mph (87-knot) gust was recorded at Pad 39B.

Weather sensors are mounted to the three towers that create the launchpad's lightning protection system. All three sensors recorded wind gusts well above the engineering threshold NASA said SLS is built to withstand.

Hours after Nicole's landfall, the launch towers continued to report sustained winds of around 60 mph. 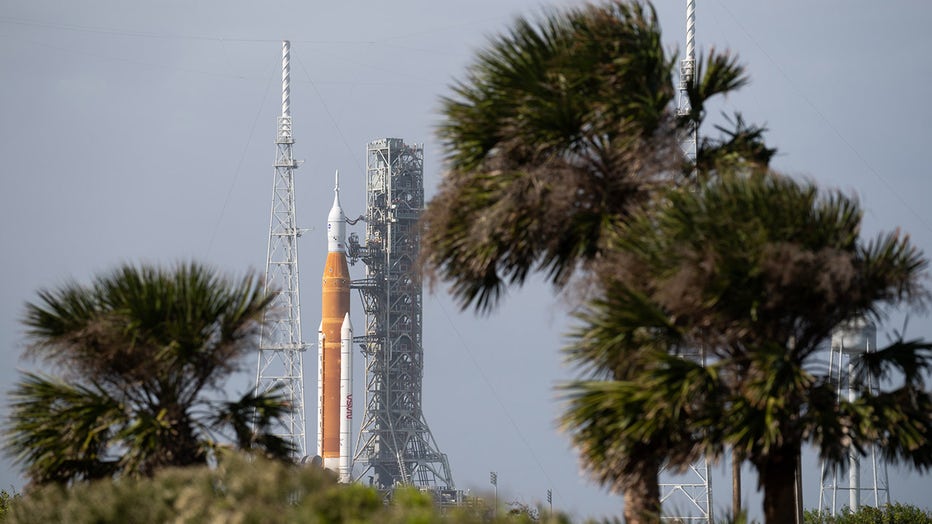 A view of NASA’s Space Launch System (SLS) rocket with the Orion spacecraft aboard at Launch Pad 39B, Tuesday, Nov. 8, 2022, at NASA’s Kennedy Space Center in Florida. (NASA/Joel Kowsky)

After the threat of Nicole has passed, engineers will need to inspect the $4 billion rocket and Orion spacecraft for any damages.

NASA moved its next Artemis 1 launch attempt to Nov. 16 to allow more time to assess the rocket and launch facility.

LINK: GET UPDATES ON THIS STORY FROM FOXWEATHER.COM