HONOLULU  — Hurricane Lane has weakened as it approaches Hawaii but was still expected to pack a wallop, forecasters said Wednesday.

The National Weather Service said tropical-storm-force winds could begin as early as Wednesday afternoon on the Big Island.

The hurricane was about 305 miles south of Kailua-Kona and moving northwest toward other islands.

Meteorologist Chevy Chevalier in Honolulu says winds slowed overnight from 160 mph to 155 mph, prompting a downgrade of the hurricane from a Category 5 to a Category 4.

He says it may diminish to a Category 3 by Thursday afternoon but that would still be a major hurricane.

Chevalier says that by early Friday, the hurricane is forecast to be a Category 2 with winds up to 110 mph and the center located west of Hawaii Island and south of Honolulu.

"We expect it to gradually weaken as it gets closer to the islands," Chevalier said. "That being said, on our current forecast, as of the afternoon on Thursday, we still have it as a major hurricane."

With winds to 130 mph, the hurricane could cause catastrophic damage.

Hawaii residents have rushed to stores to stock up on bottled water, ramen, toilet paper and other supplies as they faced the threat of heavy rain, flash flooding and high surf.

Public schools on the Big Island and in Maui County closed Wednesday until further notice.

Hawaii Gov. David Ige is allowing non-essential state employees on the Big Island and Maui to go on administrative leave. Employees on Hawaii and Maui islands who work in disaster response as well as in hospitals and prisons are required to report to their jobs, the governor said.

The hurricane was moving at 8 mph, said meteorologist Melissa Nye.

"We are starting to see some of the rain show up on the Big Island radar," she said. Offshore buoys also had detected wave action associated with the storm. 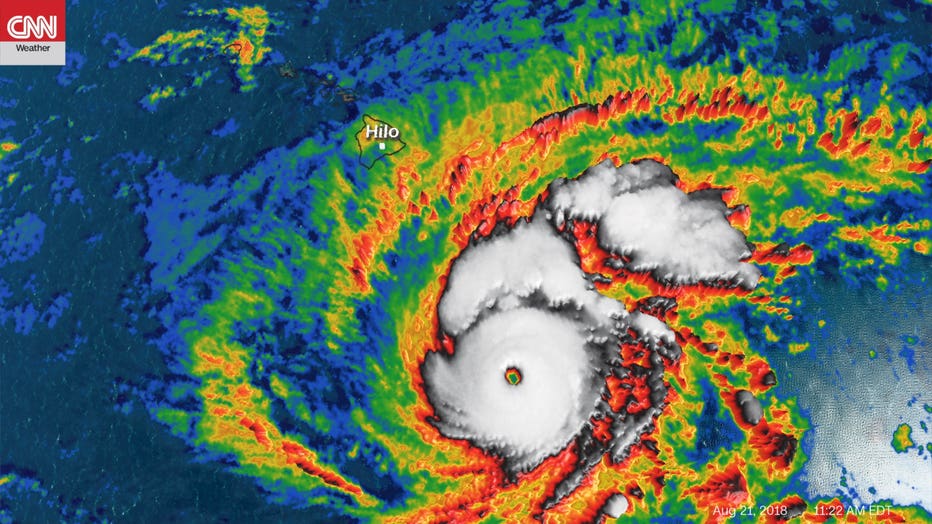 The central Pacific gets fewer hurricanes than other regions, with about only four or five named storms a year, and Hawaii rarely gets hit. The last major storm to hit was Iniki in 1992. Others have come close in recent years.

Kauai resident Mike Miranda was 12 when Hurricane Iniki devastated the island 26 years ago. "A lot of people are comparing the similarities between Iniki and Lane," he said.

Iniki's turn into the islands was sudden, he recalled.

"I remember how very little rain fell. But I remember the wind being the strongest force of nature I've ever witnessed and probably the scariest sounds I've ever heard in my life," he said.

Miranda said his family is used to preparing for hurricane season.

"A lot of people who moved here and never experienced a hurricane. they're the ones rushing to the store," he said. 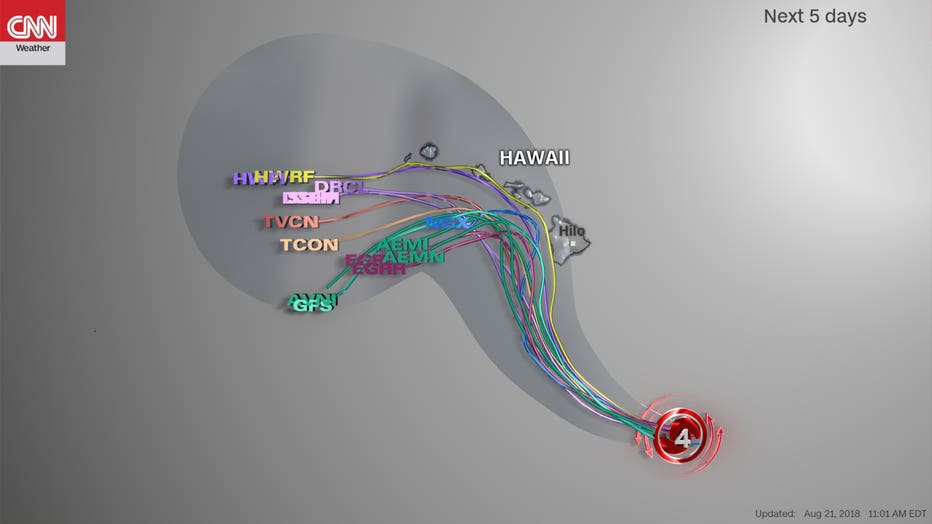 While there is still considerable uncertainty in the forecast for Lane, it appears the storm will be passing close enough to the islands on Thursday and Friday to bring significant impacts to the southern portions of the islands, especially along the