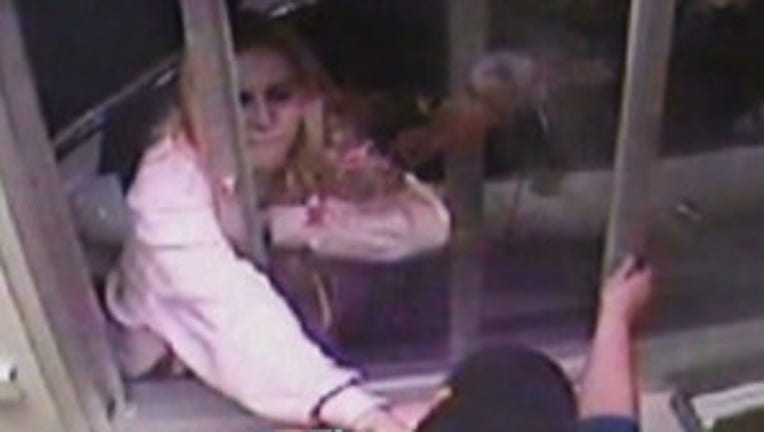 BOSTON (CNN) -- The agitated sandwich shop customer disliked the pickles. Now she's in one with the cops.

A Massachusetts woman who ordered a steak-and-cheese sub at a subway station was so angry about "too many pickles" on her sandwich that she punched an employee and shoved two jars of pickles at her, transit police said Monday.

The jars shattered and the customer fled -- without the sandwich -- but the brine-covered employee managed to catch up with her and hold her until transit and local police arrived, according to the Massachusetts Bay Transit Police, who said they plan to file assault charges against her.

The incident happened Saturday at the Nathan's Famous Hot Dogs at the Quincy subway station, the transit police said.

After Tina Drouin, 49, ordered the sub, she immediately complained the employee was "putting too much s***" on the sandwich and shouted "other derogatory comments regarding the preparation of the steak and cheese," police said.

"It appeared the Nathan's employee could simply not please Drouin," they said.

Drouin demanded a refund, and when the employee told her she couldn't get one, Drouin punched the woman in the face and then pushed large jars of pickles on her, knocking her to the ground, police said.

"Drouin fled from the station, however the sub maker determined not to let Drouin escape justice gave pursuit catching up to her" and held her until police arrived.