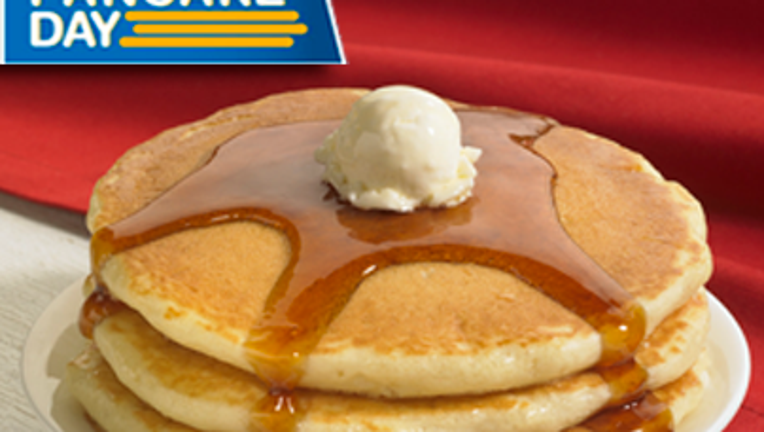 Early bird today gets the pancakes. A stack of them. For free from IHOP.


And it's all in the name of charity. The restaurant chain is trying to encourage diners taking advantage of the complimentary meal to donate $3 million to the Children’s Miracle Network Hospitals, which raises funds for 170 nonprofit children’s medical centers.

The company, owned by Applebee’s parent DineEquity in Glendale, has been hosting the giveaway for eight years and has raised $10 million.

The more than 1,500 IHOP restaurants will offer a complimentary tower of buttermilk pancakes from 7 a.m. to 10 p.m. IHOP has dubbed Feb. 5 to be National Pancake Day -- a holiday it says is based on a tradition several centuries old of making pancakes to use up all the dairy products forbidden during Lent.

Other food-service chains have recently begun to test business models that include do-gooding.The Panera Foundation, an offshoot of the popular sandwich company, now has five "pay-what-you-can" restaurants in the country that operate on donations.

Within two weeks of Starbucks launching its Create Jobs for USA Fund in 2011, customers had donated more than $1 million. The effort raises money for loans to small businesses to boost employment.