SEATTLE -- Beneath Seattle's iconic Space Needle, hundreds of people saluted the one-year anniversary of the legalization of marijuana in the state by toking up at an organized pot party.

Marijuana activist Ben Livingston knew people would be back to light up on the anniversary of pot legalization, so he obtained a city permit and organized a closed-off area away from the more populated spots at Seattle Center. His permit allowed for up to 500 people to attend his 'party.'

"It seemed like a pretty simple solution so that's what I've offered and that's what we're doing," said Livingston. 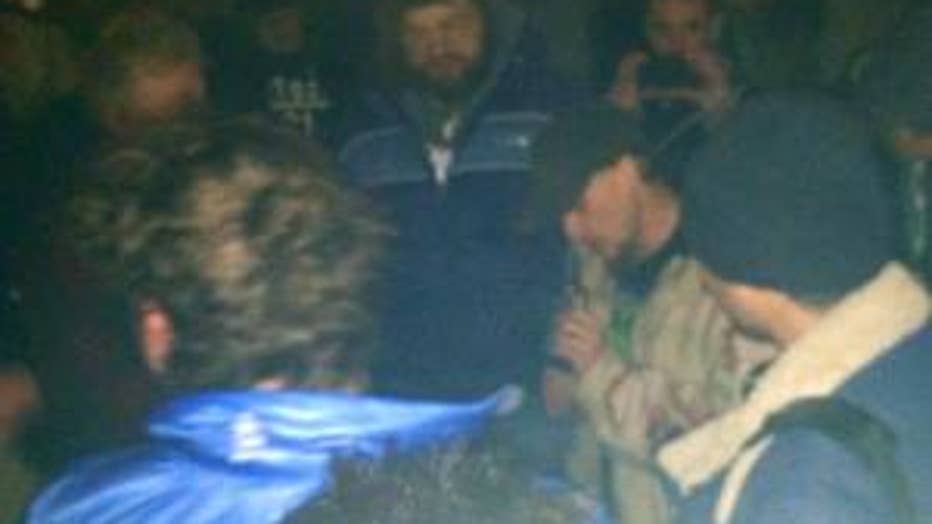 The city agreed to it for one day. But there has been push-back.

Winterfest, a family celebration, is also under way at the center. A group of pediatricians from Seattle Children’s Hospital sent a letter to the city urging it to stop the pot party, and some parents were also concerned.

"As a mom of a 3-year-old, it's not something I would want my child to see or be involved in," said Tammy Dahlquist, who was at Winterfest with her daughter.

Pot activists, however, said people need to get used to the new reality in Washington state.

John Davis, one of the leaders in this new industry, said there have been a lot of milestones over the last year. The Washington State Liquor Control Board created rules to try and keep legal pot away from children, while beginning the process of granting state business licenses for growing, processing, and selling pot. And, most importantly he said, federal officials vowed to back off.

"They are going to allow the experiment to go forward," said Davis. "I think that's historic, and, really, we in the industry feel that sense of history."

Activists are still hoping for some changes to the law, including creating public spaces where people can legally smoke marijuana. That was happening for at least one day on this one-year anniversary.

"This is the beginning of the conversation," he said.