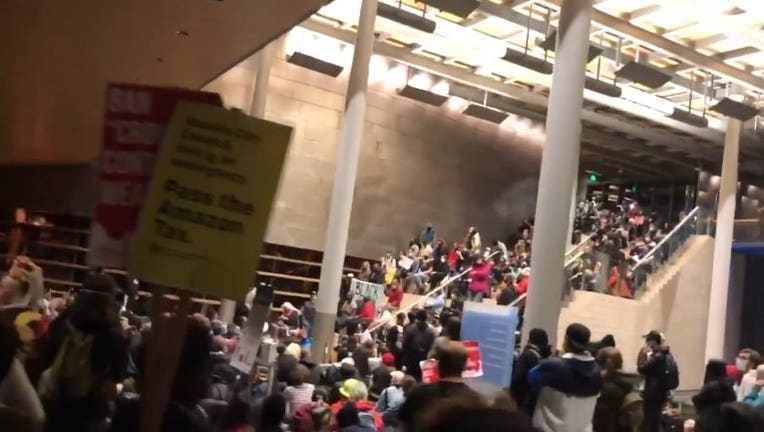 The protesters made their way into city hall and speakers were demanding change. They were heard calling for the resignation of Mayor Jenny Durkan.

Earlier in the day, a Black Lives Matter group sued the Seattle Police Department to halt the violent tactics it has used to break up largely peaceful protests in recent days.

Officers have used tear gas, pepper spray and other less-lethal weapons against crowds that have demonstrated against racism and police brutality. The city attorney's office said it is reviewing the complaint.

Seattle Mayor Jenny Durkan and Police Chief Carmen Best have apologized to peaceful protesters who were subjected to chemical weapons.  They promised a ban on using one type of tear gas, but officers used it again.