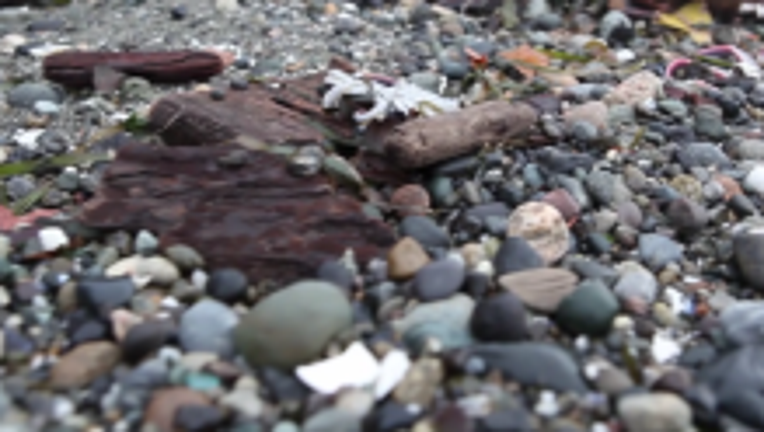 Diver Laura James found more than 100 dead sea stars washed up on the shore over the weekend.

SEATTLE- Over 100 dead sea stars washed up over the weekend in the Brace Point area of West Seattle.

According to underwater explorer and videographer Laura James, the sea stars were found on a short stretch of beach in West Seattle.

It's unknown if these sea stars are connected to a large number of dead starfish washing up along the entire West Coast, dying from"sea star wasting disease." This disease causes the creatures to lose their arms and disintegrate.

At the Seattle Aquarium, the sea star population has been quarantined as a precaution, and three sea stars have already died from the disease.

In the video, James implores people to keep an eye on the local beaches and report any unusual occurrences.

Washed up seastars at Brace Point, near Seattle Washington from Laura James on Vimeo.