Parade welcomes Simone Biles Back to Texas After Tokyo Olympics

Simone Biles is tied with Shannon Miller as the American gymnast with the most career Olympic medals.

In a video taken by Christopher Gunter, Biles and fellow Olympic gymnast Jordan Chiles were greeted by a crowd lined up in a parade as the pair of Olympians drove into the Houston suburb where Biles and Chiles both live and train.

Biles was sitting on top of a convertible waving to the crowd and shouting, "Thank you! Love you guys!" with Chiles greeting fans behind her.

RELATED: Simone Biles reveals she was dealing with family tragedy while at Tokyo Olympics

Biles headlined this year’s Olympics after claiming five gold medals during the 2020 Rio Olympic Games. After a turbulent start on day one of team competition, Biles withdrew from the team gymnastics finals and individual all-around events, citing mental health concerns.

Biles said she was suffering from the "twisties" and other mental roadblocks. It was later revealed that Biles was grieving the death of a family member during competition. She pulled out of the finals to protect herself and her team. 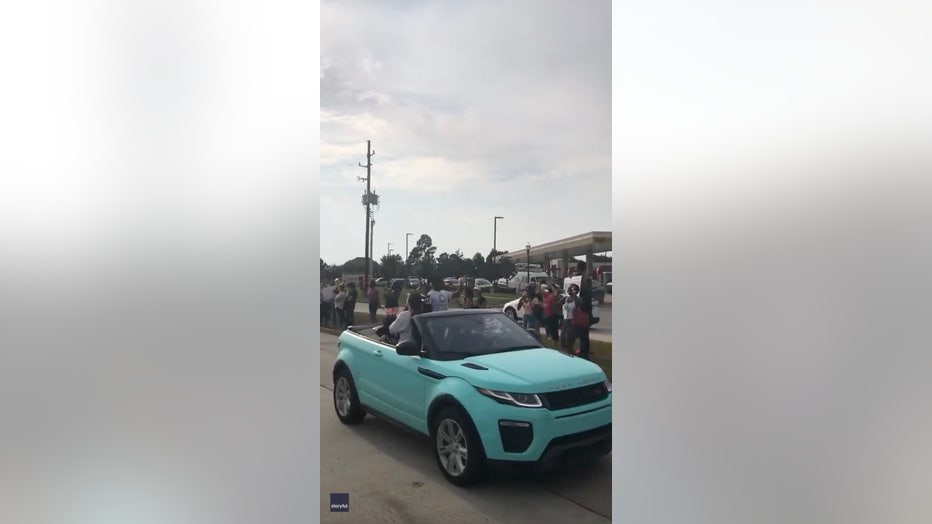 Simone Biles was welcomed home by hundreds of fans.

But Biles returned on the final day of individual gymnastics competition to compete in the women’s balance beam final. With a simplified performance, unlike her usual complex death-defying routines, Biles won the bronze medal and finished her routine with a beaming smile.