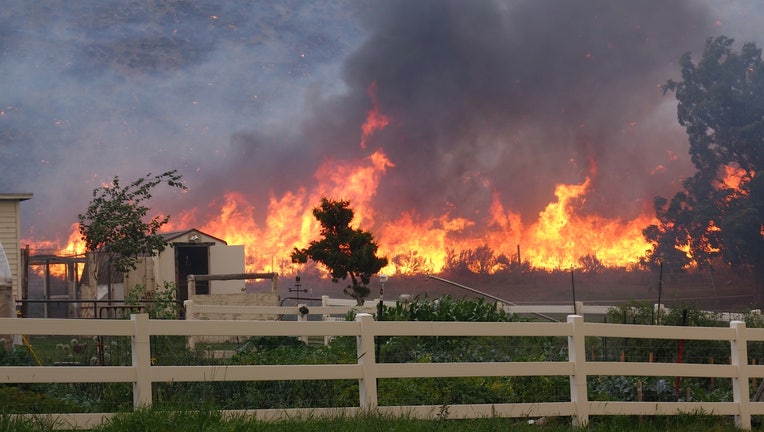 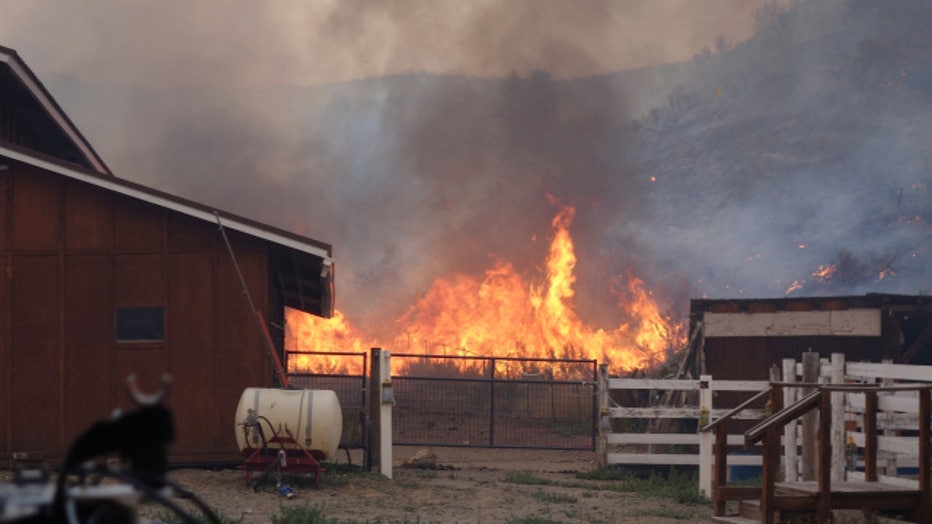 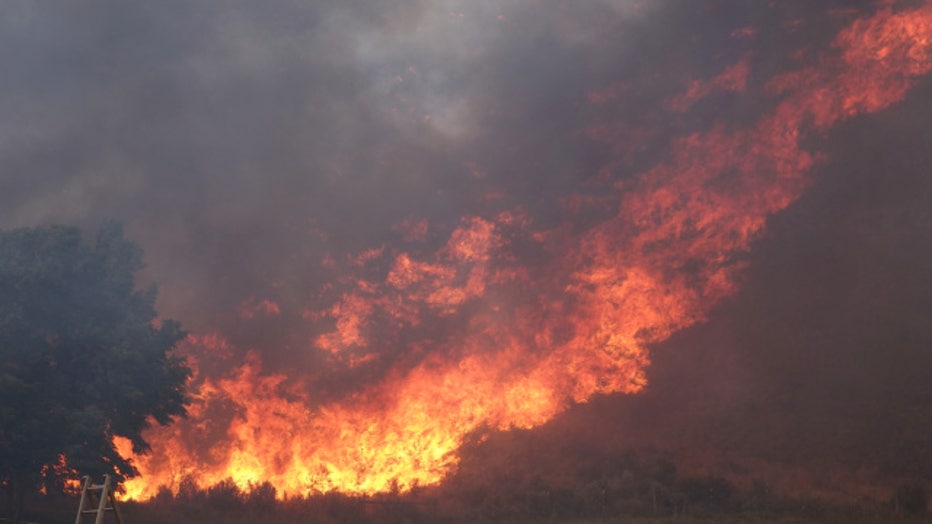 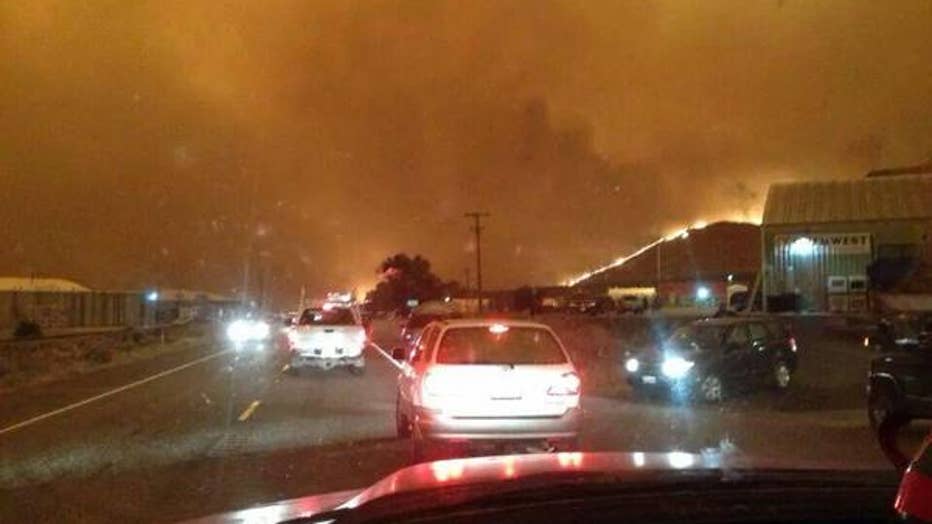 TWISP, Wash. -- Wildfires in the Methow Valley in north-central Washington have destroyed at least two homes near Twisp and reportedly more in Pateros, and authorities Thursday night ordered the evacuation of  the small town of Pateros and part of the town of Brewster, including the Three Rivers Hospital in Brewster. Several highways were closed in the area.

The three patients in the hospital in Brewster were moved to the Mid-Valley Hospital in Omak while the Brewster hospital staff evacuated the area.

Keith Roe, who lives near Twisp, northwest of Pateros and Brewster, said his home and his neighbor's cabin burned to the ground overnight as he fell victim to the Stokes Road Fire -- part of the Carlton Complex Fire. Officials confirmed the losses.

The valley went dark at about 4:30 p.m. when fire reached the power line that parallels the Loup Loup Highway.

At 6:30 p.m., officials closed U.S. 97 at Pateros as fire moved close to the roadway and was expected to cross it. One media report said several homes have been lost to fire in Pateros.

Emergency Management has ordered the evacuation of the town of Pateros, which includes the Red Cross shelter at the Pateros Elementary School.

Red Cross shelters were set up in Omak at 328 N. Riverside, in Chelan at Chelan High School and also at the Bridgeport Community Church.

The Okanogan County Sheriff’s office issued hundreds of evacuation notices, including the recommendation to leave immediately for everyone living between Carlton and Pateros, and up to Brewster on the north side of  U.S. 97.

The Carlton Complex fires started Monday by lightning from a weather system that moved through Washington's Methow Valley, the Incident Command said. The Carlton Complex consists of four fires: Stokes Fire, Gold Hikes Fire, French Creek Fire and the Cougar Flat. The Stokes and Gold Hikes fires are now one larger fire. The fires are burning in timber and grass.

"The scene is surreal," Q13 FOX News reporter Jeff Van Sant said. "I'm surrounded by thick heavy smoke. Gusting winds is throwing ash into our eyes. The flames are all around us on the ridge lines."

Lynn Anders is helping her sister-in-law get out of her ranch that sits in the path of the fire. They are leaving the horses and farm animals behind; they have no time to gather them all up. Their homes are likely to go up in flames.

"Mine is right up there and it's under attack, too. So I had to leave. So I`m just trying to get these kids out of here," she said. "It was a mass exodus down here."

Tim Germaine packed up his family, leaving a home that might not be there tomorrow.

"We got all the family and the dogs out and you know a house can be replaced," he said.

The flames sit right on the edge of his property.

"It's really something,  even last night it's way worse now. But last night it really looked like the cauldron of Hell. You can see flames everywhere you look," he said.

Charlene Montour just moved to this area last month. Her home isn`t threatened, and prays fire crews can get a handle on this blaze.

"All you can do is hope for the best. They haven`t said to evacuate or anything, so we`re just staying here until we need to go."

For Germaine, he's worried this early start to the fire season could spell disaster.

"With this kind of heat and wind, it looks like eastern Washington is going to burn to the ground," he said.

Right now it doesn't look good. Temperatures are expected to reach into the upper 90s Friday. And more gusting winds are expected. 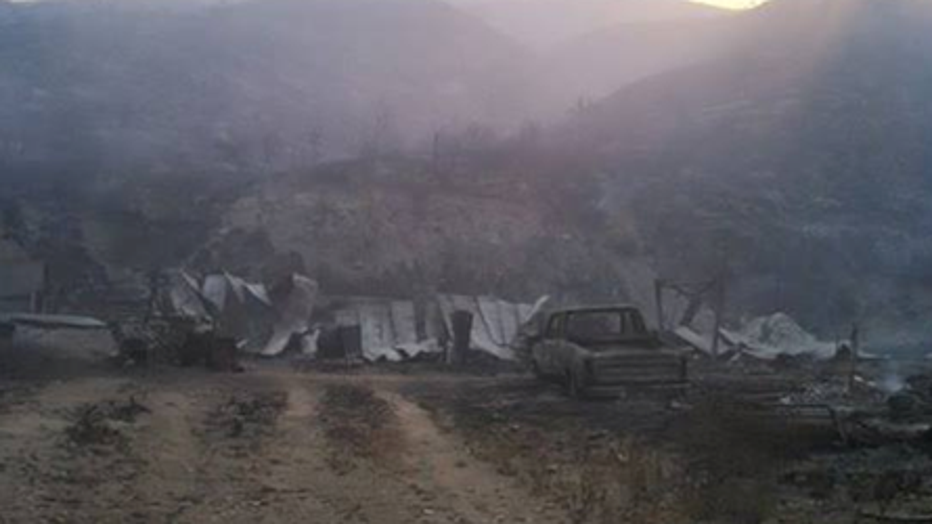 Keith Roe said this is all that remains of his home east of Twisp after the wildfire moved through overnight.

Keith Roe, who lives east of Twisp, said his home, and his neighbor's cabin, burned to the ground overnight Wednesday as he fell victim to the Stokes Road Fire.

Roe said he saw the fire creep over the ridge last night. He felt OK at first he said, but as soon as evacuation notices were issued, Roe knew something was wrong and he started to gather things from his home of 23 years.

As the fire pushed down toward his home, he said urgency grew.

He knew he had to get out.

As he was driving down the road, he looked back in the rear-view mirror and saw crushing flames.

"The whole area was ablaze," he said. "I knew it was gone. I went up there today and it was gone... all gone."

Roe said he only managed to grab a few things such as electronics and personal items before evacuating. The cats, and everything in his home, seems burned away, he said.

He's not sure how or when he will rebuild, but he can't believe what happened to his home in just minutes. 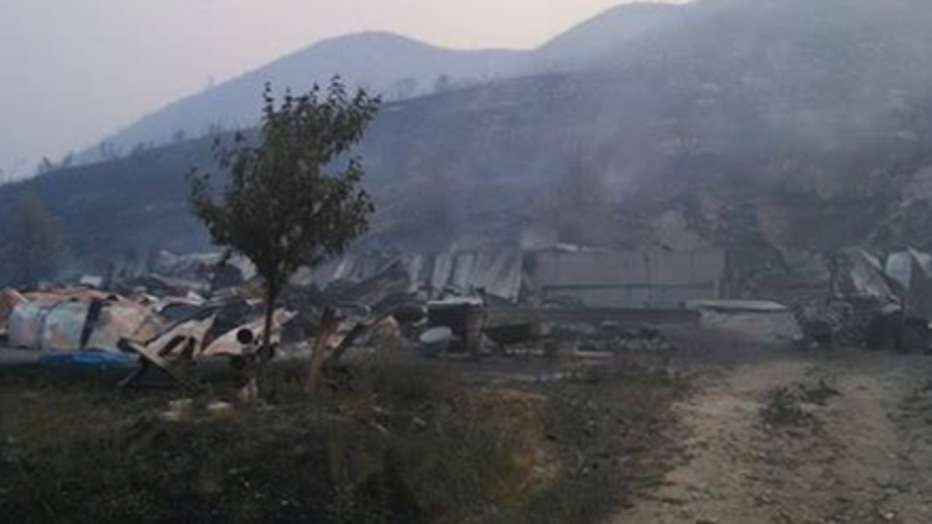 He posted the above photos of his burnt out home on Facebook, saying "It's all gone..."

Click here for the latest information on other area fires.