SEATTLE -- Adding to one of the great mysteries of the Pacific Northwest, a human foot still in a tennis shoe was found near Seattle's Pier 86 Tuesday.

"Who knows where it originated, maybe not in this area at all but West Seattle or one of the islands,” resident Albert Hulsen said. 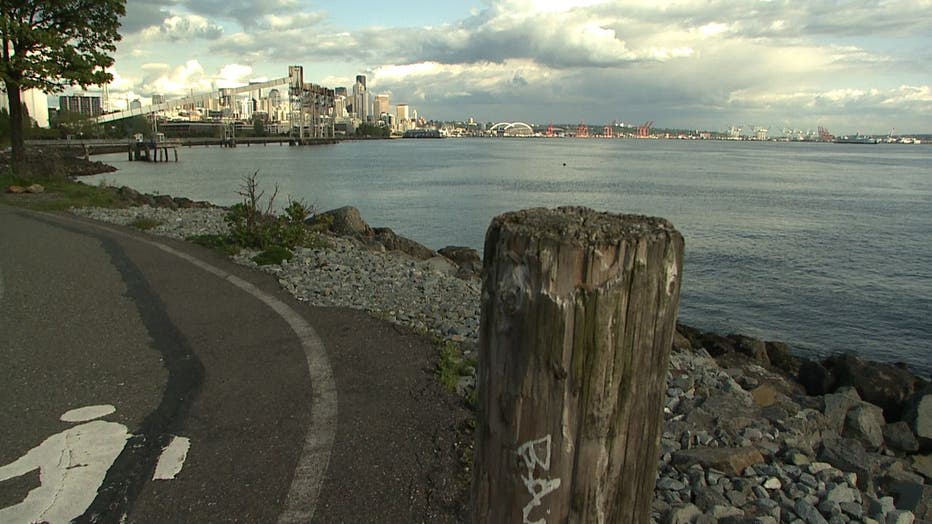 Since 2007, at least 15 feet have washed ashore in the Northwest -- from Canada south to Tacoma.

The Port of Seattle police say the foot, inside a white New Balance sneaker, was found at about 11 a.m. along the rocky shore of Puget Sound at Seattle's Centennial Park near Pier 86.
Volunteers cleaning up trash made the discovery and immediately called police.

A local expert on tides told Q13 Fox News the feet could be local or they could come into the Sound by way of the Strait of Georgia in Canada or the Strait of Juan de Fuca here at home.

"I think it's kind of bizarre, why the feet just show up and nothing else. Maybe they're protected in the shoe and they just kind of float. I don't know,” resident Irene Wilkin said.

Others wonder why the rest of the body doesn't wash up with the foot.

"It might have gotten eaten up by fish or a shark or something. That sounds logical to me,” Klett said.

The foot is now in the hands of the King County Medical Examiner's Office for possible identification through DNA.

Those who spend a lot of time near the Sound have heard about the mystery before,  and most would rather not hear about it again.

"Obviously it's got to be stopped. It's got to be investigated. Something has to bring it to an end,” Hulsen said.