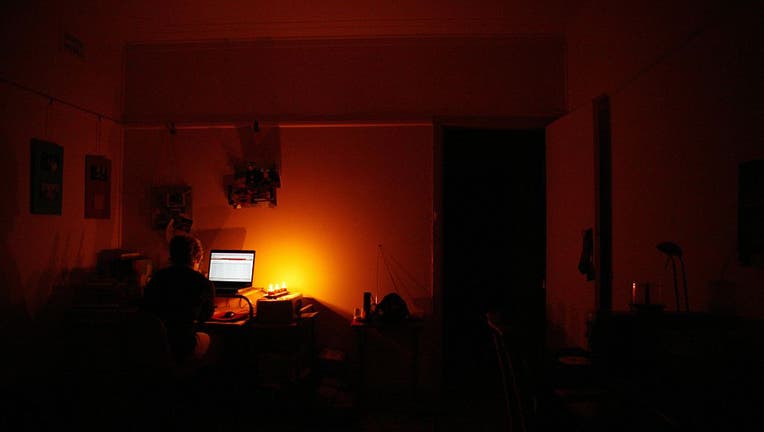 BOSTON - There’s a saying that "nothing good happens after midnight," and some new research suggests this is true when it comes to most human brains.

Most studies to date have explored how insufficient sleep can impact the brain’s function the next day, but the recent work focuses specifically on what happens in the brain when someone is awake during the night.

The researchers from Massachusetts General Hospital and elsewhere detailed in a paper published this year in Frontiers in Network Psychology about the "Mind After Midnight" hypothesis. The hypothesis suggests that when humans are awake during their biological circadian night, which is after midnight for most people, there are changes in the brain that can impact the way we interact with the world.

This is particularly true for actions related to reward processing, impulse control, and information processing, according to the authors. And these changes can make an individual more likely to "view the world negatively, engage in harmful behaviors, and make impulsive decisions" without fully thinking through the consequences, according to a statement detailing the research, published this month by Massachusetts General Hospital.

This includes addictive behaviors like gambling and substance abuse.

"The basic idea is that from a high level, global, evolutionary standpoint, your internal biological circadian clock is tuned towards processes that promote sleep, not wakefulness, after midnight," Dr. Elizabeth Klerman, PhD, senior author of the paper and an investigator in the Department of Neurology at Massachusetts General Hospital, said in the statement.

Klerman and the team called for researchers to conduct new studies to better understand how these circadian differences in the brain affect behavior and decision-making to help people cope, as many individuals are required to work at night.

"There are millions of people who are awake in the middle of the night, and there’s fairly good evidence that their brain is not functioning as well as it does during the day," Klerman added. "My plea is for more research to look at that, because their health and safety, as well as that of others, is affected."

RELATED: How to reset your child’s sleep schedule for back-to-school

Previous research has suggested that people are more at risk of engaging in harmful behavior such as suicide, violent crime, and substance abuse at night.

When adjusting for the number of people who are awake at any given time, suicides are statistically more likely to occur during the nighttime hours, according to a 2016 study conducted by Michael Perlis, Ph.D., an associate professor of psychology at the University of Pennsylvania and co-author of the recent Mind After Midnight hypothesis.

Murder, violent crime, and the use of illicit substances are also more common during these nighttime hours.

Furthermore, food choices are also skewed at night toward carbohydrates, lipids, and processed foods, and away from fruits and vegetables — with the total caloric intake often exceeding more than we need, according to separate previous research.

There are some obvious reasons why these issues occur more frequently at night, according to the researchers. Mainly, it’s easier to get away with crimes under the cover of darkness, and there are fewer people awake at night to step in and help.

But Klerman and the team also highlight the biological basis, in that our brains change over the course of 24 hours and process things differently depending on the hour. They refer to this as the "positive and negative affect" in relation to our circadian rhythm.

During the day, there is a "positive affect" — which is the tendency to view information in a positive light. This peaks in the morning and reaches the lowest point at night (between 1 a.m. to 4 a.m.), according to the paper.

The "negative affect," or the tendency to view information in a negative or threatening light, peaks sharply during the nighttime hours.

From an evolutionary perspective, humans were better hunter-gatherers during the day, while they were more at risk of threats at night. This means the brain evolved to produce a narrowed focus on negative stimuli at night to cope with these perceived threats from predators.

The body also naturally produces more dopamine at night, which can alter the reward and motivation system and increase the likelihood of engaging in risky behavior.

"Suddenly, your worldview narrows and becomes more negative, you start to make poor decisions, and the mental map you create of the world around you may no longer match up with reality," the Mass Gen statement reads.

"The result? You might end up drinking too much, missing a crucial diagnosis on a patient, crashing an oil tanker into some rocks, or worse," it adds.

In the paper, the team noted two examples to highlight how these conditions can lead to "catastrophic outcomes," the first being a heroin user who successfully manages their cravings during the day but caves at night, and "a single impulsive decision leads to a relapse."

The second example is a college student suffering from a delayed sleep schedule and insomnia, with negative mood "at its peak, and the student feels isolated and alone, leading to endless rumination on prior negative relationship experiences."

"These particular experiences quickly, and inappropriately, generalize to all relationships, thus creating a sense of hopelessness and despair," the researchers write. "Suicide, previously inconceivable, emerges as an escape from loneliness and pain, and before the costs of suicide are considered the student has acquired the means and is prepared to act at a time when no one is awake to stop them."

The researchers stressed that Mind After Midnight is still a hypothesis and will require validation through future research studies — potentially involving researchers and study staff themselves to be working after midnight and studying their own fMRI images.