Q13 Meteorologist Grace Lim has a look at your forecast.

SEATTLE - There's nowhere to run in Washington: Air quality will be extremely poor in almost every corner of the state on Friday.

The state Department of Ecology says a "super massive body of smoke" from California and Oregon is moving over Southwest Washington. It's expected to bring unhealthy - or worse - air levels to Southwest and Western Washington, the Columbia Basin and Spokane. 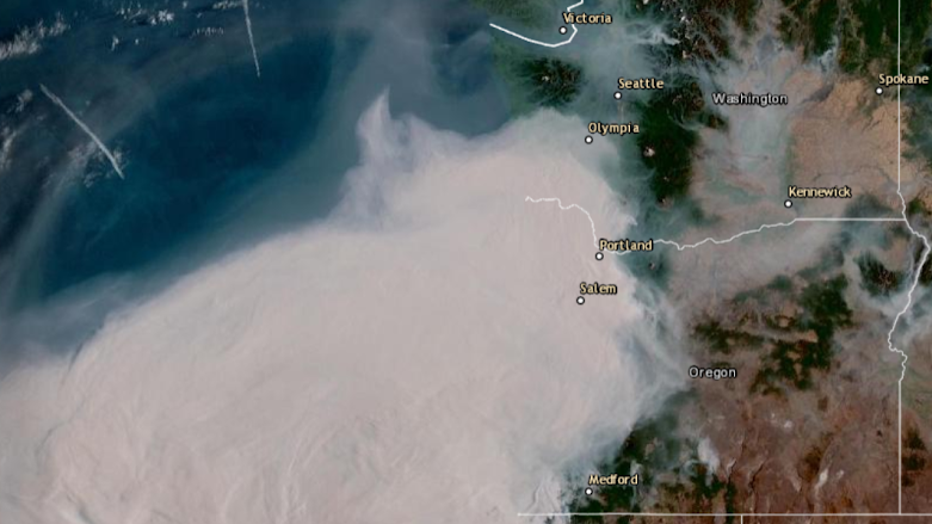 Forecasters say the unhealthy levels will start Thursday night on the Olympic Peninsula then move through the I-5 corridor. Ecologists say I-5 will likely be clear enough for driving, but visibility will be poor.

The Columbia River Gorge region will be unhealthy or worse by Friday morning. The ecology department will release a more detailed forecast Thursday afternoon.

Smoke is already a problem in central Washington and the north Cascades as the state battles several major wildfires.

RELATED: WSP: Man arrested for setting fire in median of SR 167 in Puyallup

The extremely high number of destructive wildfires simultaneously raging on the West Coast is unprecedented. Roughly 600,000 acres have burned in Washington state since Monday, topping the half-a-million acres that burned in the state's worst wildfire season in 2015.

Washington's largest fire, the Cold Springs Fire in Okanogan County, has burned more than 170,000 acres and claimed the life of a 1-year-old boy. His parents, Jacob and Jamie Hyland of Renton, are in critical condition at Harborview Medical Center in Seattle.

Oregon Gov. Kate Brown said the wildfires there are likely the worst the state has ever seen. Hundreds of homes have been destroyed, and three people have died.

Millions of acres have burned in California, killing three people.

Click here for full coverage of wildfires in Washington.