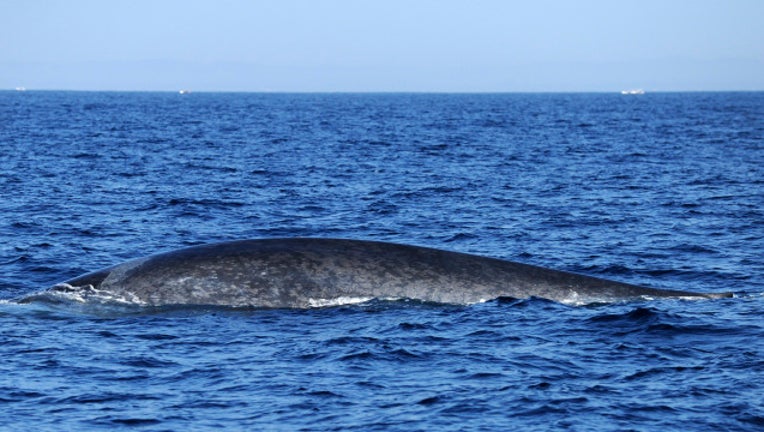 A blue whale is spotted in the waters off the southern Sri Lankan town of Mirissa on January 21, 2012.

NEWFOUNDLAND -- Canada could have an exploding whale problem.

The carcasses of three blue whales, the world's biggest mammals, washed up on the western shores of the island of Newfoundland this month, and now two towns with carcasses in their boundaries find themselves facing a huge predicament: How do they get rid of the decomposing leviathans before something bad happens, like an explosion?

That's the fear of some of the 600 residents of Trout River, where an 81-foot-long, 60-ton carcass is bloating on the waterfront as methane gas inside expands, according to a report from CTV.

"I'm not sure with the heat and gases that are trapped inside of this mammal if at some point in time it will explode," Emily Butler, Trout River's town clerk, said in an interview published in The Star.

Jack Lawson, a scientist with Canada's Department of Fisheries and Oceans, said a whale explosion is unlikely. He's more worried someone could fall inside the decomposing beast.

"The (whale) skin is starting to lose its integrity and if someone were to walk along, say, the chin -- that is full of all that gas -- they could fall in the whale. The insides will be liquefied. Retrieving them would be very difficult," Lawson, told the National Post.