HOQUIAM, Wash. -- A police officer was shot Wednesday morning as he was serving an out-of-state warrant on a wanted fugitive. Police then surrounded the house of the gunman, and the standoff went on for hours.

The standoff was continuing at 10:30 p.m. Police said the gunman shot a robot that they had sent to the front of the house.

The incident began when Hoquiam police Sgt. Jeff Salstrom, while attempting to serve an arrest warrant, was shot at about 11:15 a.m.; his injuries were non-life threatening and he was later released from the hospital.

The suspect's girlfriend, who had also been wanted on an arrest warrant, was taken into custody Tuesday and booked into the Grays Harbor County Jail, but her partner was not found. Salstrom went to the house in Hoquiam to arrest the man Wednesday, when the shooting broke out. 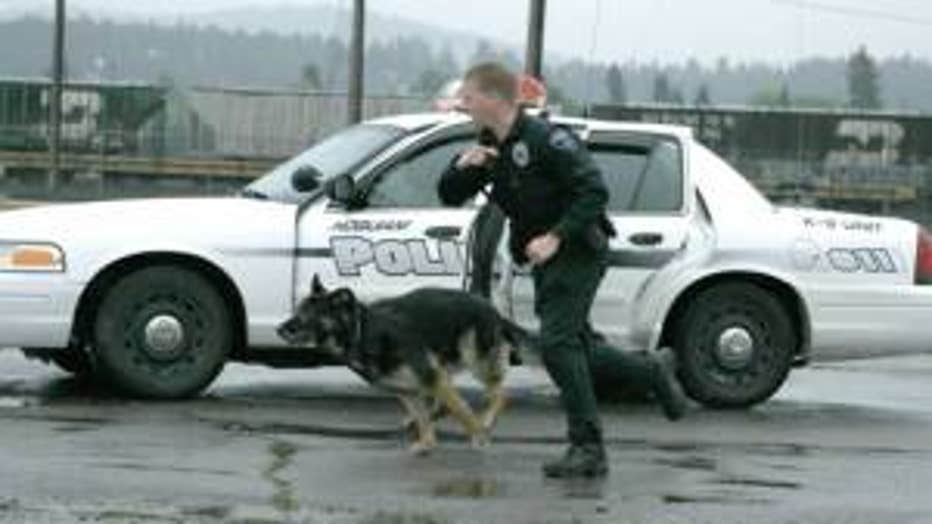 Police and SWAT teams had the house surrounded on the east end of Hoquiam. A command post has been established and a two-block perimeter set up around the home and a negotiator was at the scene.

Police have the first floor of the home secured and law enforcement sources said the suspect is on the second floor. The suspect reportedly told police that he has a gas mask.

In November 2012, Salstrom's K-9, Enno, was diagnosed with cancer. During tie eight years they worked together, they were credited with 56 arrests. People from as far away as Chicago, New Zealand and Florida donated to a fund to help Enno receive an experimental treatment, but it didn’t work and Enno was euthanized in mid-February. He was the city's only K-9 unit. Salstrom is not working with a K-9 at this time.