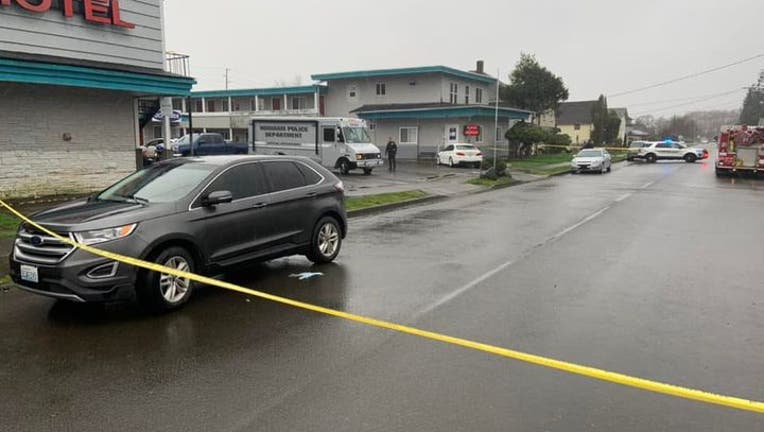 HOQUIAM, Wash. - Police are investigating a deadly stabbing this week in Hoquiam.

Officers responded to a report of a stabbing at a motel in the 2400 block of Aberdeen Avenue on Monday.

Before police arrived, they found the suspect running in an alley nearby and took him into custody. Police said the suspect, a 33-year-old man, was being held at the Hoquiam city jail.

The victim, a 25-year-old employee at the hotel, was taken to the hospital and later died from their injuries.