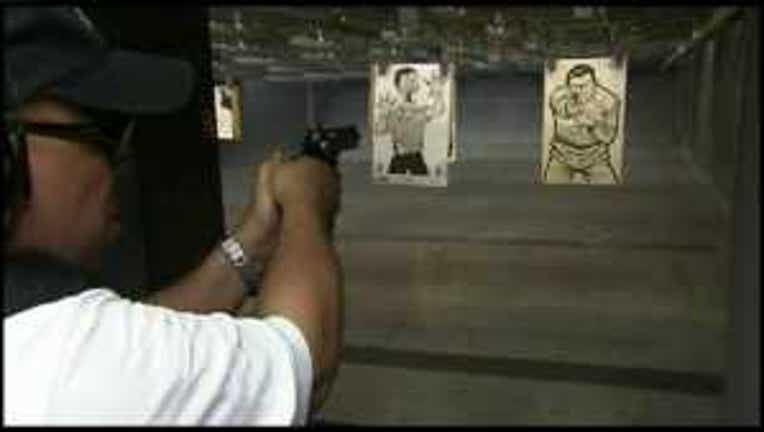 OLYMPIA -- Talks of requiring universal background checks for all new gun owners in Washington state have stalled over an activist's request for lawmakers to end a de-facto database of handgun owners, the Seattle Times reported Wednesday.

According to the Times, House Bill 1588, a bill requiring background checks for all gun purchases, is still a few votes shy of passing the House ahead of an expected floor vote next week. And if the bill did pass, the Times reported, the bill would face an even  tougher challenge in a Republican-controlled senate.

Talks on the House Bill stalled when gun-control advocates failed to move on a compromise offered by Alan Gottlieb, a gun rights-activist. Gottlieb, a crucial player to the bill's approval, said he would support universal background checks if lawmakers ended the statewide handgun database that currently exists.

Gun-control advocates originally agreed to the deal, but changed their minds after learning law enforcement use the database often to track down the owners of guns found at crime scenes, the Times reported.

Don Pierce, a lobbyist for the Washington Association of Sheriffs and Police Chiefs, said any bill that killed the handgun registry would not receive support from law enforcement officials.

A recent poll found support for universal background checks for all gun buyers, the Times reported, with 79 percent of poll participants supporting the idea.