A new study claims to have the answer to why bee populations have been been dramatically falling in recent years. The study from University of Exeter and UC Berkeley collaborated on the study published in the journal Science. The authors say a virus is the cause and humans are the reason it is spreading around the planet. They found overwhelmingly called the Deformed Wing Virus is the cause of many bee deaths and the pandemic is human-caused due to the transportation of bees for crop pollination.

It's the one-two punch that threatens the collapse of many hives. Scientists say the virus affecting the adult populations in hives around the planet is transmitted on a tiny type of mite called a Varroa. The Varroa mite not only carries the disease, but the mite itself harms younger bee population because the mite feeds on bee larvae.

Since 2006, researchers have been trying to figure out what was causing bee colonies to collapse. In some areas in the United States, the bee population has been cut in half. That's a huge problem for all of us humans too. Bees do a lot of heavy lifting in our food system. It's estimated that up to a third of our food crops are bee pollinated. And in about 87% of our vegetable, fruit and other crops, bees are responsible for increased agricultural yields. The study says this parasitic mite-- and the virus it spreads-- moves from colony to colony because humans move bees around so much for crop pollination.

It's widely believed there are many other factors in the sudden collapse of bee colonies. The overuse of pesticides is among one of the top contenders. One of the biggest offenders are nicotine based pesticides which have been banned by some countries and even some cities in the Pacific Northwest.

In our region, there are campaigns to try and boost local bee population. People are making their yards and gardens bee friendly for all kinds of bee species. 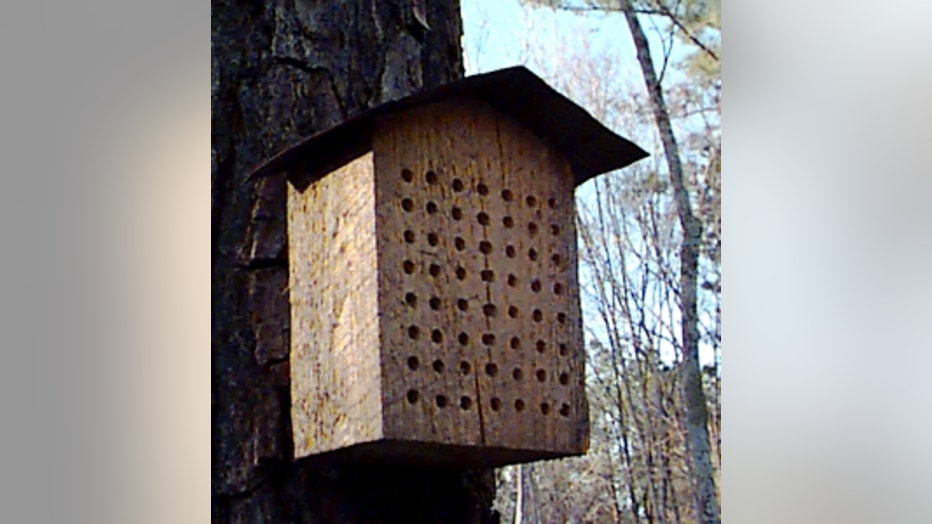 Humans in the NW are making habitats in backyards, like this one, designed for the Mason bee.

They're also playing host to some of our native bees, like the Mason Bee. Mason bees are smaller, more independent since they don't live in hive collectives. They're hard workers too, even pollinating in the rain. Mason bees don't make honey, often make their homes in wood blocks or in human created habitats like the one shown here.

Local bee keeper, Larry Carbaugh, tells Q13 News that he's glad we're talking about honey bees. "I lost 3 hives this winter out of 8. And I know some have lost all of their bees this winter." Carbaugh says he's trying to get the world out that the Washington State Beekeeper Association is holding classes this spring to get more people into the hobby and increase our local bee populations. Here's a link to their website for more information.