REDMOND, Wash. -- A homeowner who loves to watch his dogs remotely from a webcam spotted an unsuspected visitor in his living room recently in Redmond.

Steve Jochmann was watching his 2-year-old puppy from a webcam he had set up in his Redmond home when the dog suddently ran away, spooked by a burglar in the house. 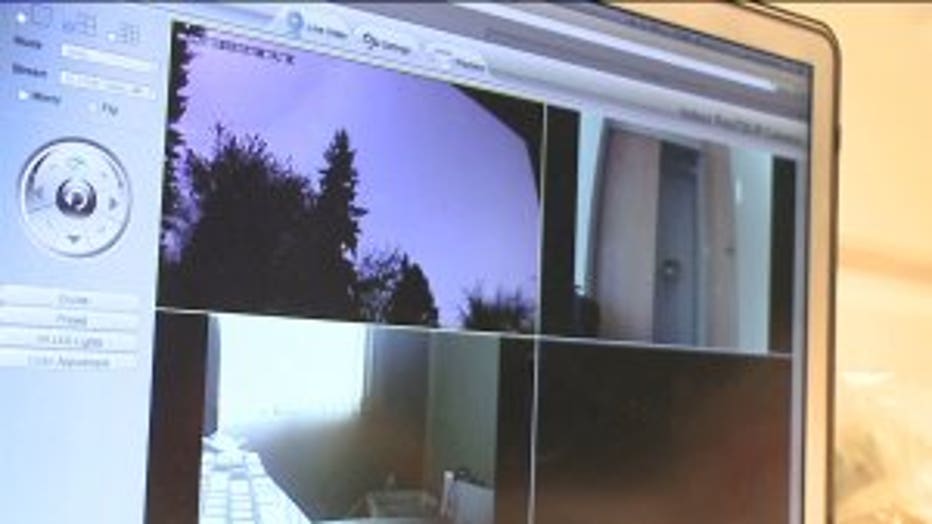 The Redmond Police Department said 42 suburban homes have been robbed in the past three months, with burglars taking electronics, jewelry and prescription drugs. Flabbergassted and helpless on his phone, Jochmann yelled from his laptop at the crook. But rather than take heed, the crook shut the laptop and stole the computer.

Jim Bove of the Redmond Police Department said burglaries in Redmond are happening at a rate of about one per every three days. To protect a home, Bove recommended residents make sure their windows are locked, that they have trim or bushes around their homes and a strong network of neighbors to keep an eye on area houses.

But for people like Jochmann he's hoping for even better surveillance. Now, he's installing a network of security cameras around his house in an effort to curb any more burglaries. That way he won't have to spot a crook again from his webcam.

"If this happens again and somebody does come into the house, there will be video, there will be a picture of this person coming through," Jochmann said.