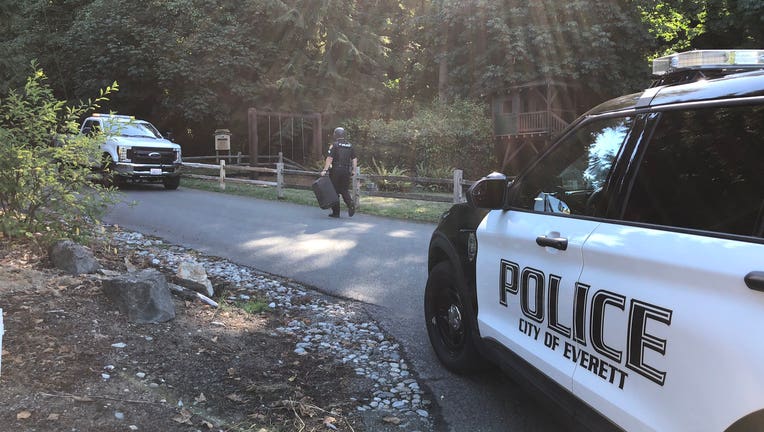 WOODWAY, Wash. - A bomb squad was called to remove a homemade explosive device found on a playground in Woodway.

"The small explosive was potentially dangerous to anyone in the area," Edmonds police said.

No injuries were reported and no known suspect information was released.

The Everett police and Shoreline fire departments assisted with the removal.