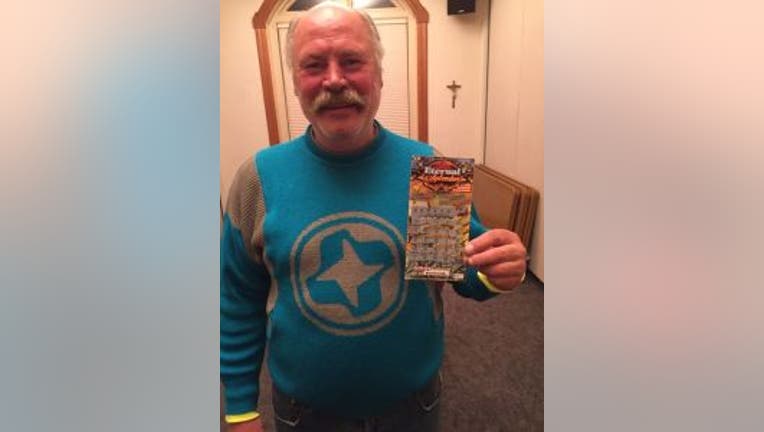 The 61-year-old man bought the ticket at a gas station last week. He said he's homeless because of financial hardships, including a divorce and the loss of his business.

"The man who won is a very humble and hardworking man who fell on hard times," said Vince Savage with the Aspen Homeless Shelter.

Savage said the man, whose name is Michael, is shy and doesn't want much attention.

"The shelter is determined to get him on the right path with this great gift he was given," Savage said.

A clerk at the Aspen Shell station said Michael often buys $1 or $2 tickets, but on Friday, he spent $10 on tickets, the Aspen Times reported.

A clerk at the Aspen Shell station confirmed Friday night that a man won a $500,000 scratch-off ticket purchased from the store.