Homeless man turns down money, says he wants job instead

VICTORIA, B.C. -- A homeless man in Langford, B.C., who turned in $2,400 he found on the street has also rejected thousands more that were raised for him after his story drew media attention, the Royal Canadian Mounted Police said.

The owner of the lost $2,400 was later found. But that wasn't the end of the story. The homeless man's honesty led others to start up a fundraising campaign on his behalf.

Here is the Go Fund Me site that was set up for him: http://www.gofundme.com/x2y2ajk

“After hearing this story and seeing how this case touched so many people, I took a personal interest in finding this man, looking for him everywhere while on and off shift," Constable Alex Bérubé of the West Shore RCMP said, according to a RCMP news release. 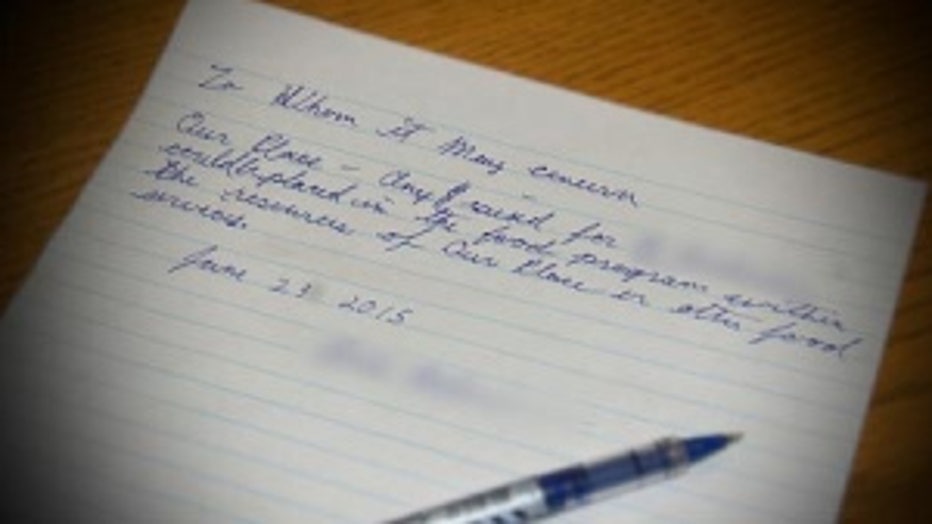 A homeless man's letter asking that more than $5,000 raised for him by the public be turned over to food providers for the poor. (Photo: Royal Canadian Mounted Police)

"It's not easy tracking down a person of no fixed address and no phone, but I kept trying because I needed to tell him about how the community had rallied together to help him,” Bérubé said. “I finally caught up to him on Monday (June 22) and told him about the fundraising organized by Mike Kelly of Victoria Buzz, and that he had thousands of dollars waiting for him.

"His response surprised me yet again, when instead of asking how to collect it, he asked me how to donate it to Our Place and other food service providers for people in need."

Investigators asked the man, who said he was in his 60s, to think about the more than $5,000 in funds overnight and return the next day. The man returned the next day, police said, and insisted that the money be given to others and that what he really wanted is a job.

"Mike Kelly has been advised of the man's decision, which he provided in writing to officers (image attached)," the news release said. "Mike will continue to manage the raised funds and see that the right groups receive them. As for the man's request for help finding a job, Mike is spearheading that effort as well."

The homeless man did not want to be identified, police said.

The Victoria Buzz reposted the RCMP's news release and added this at the end:

If you have a job opening please contact us at info@victoriabuz.com.