NORFOLKS, Virgina --  A former taxi driver, now homeless, has one wish and that is to not be alone on Thanksgiving.

That’s why Neal Shytles posted a want ad on Facebook asking for a family willing to set a place at their table for him. 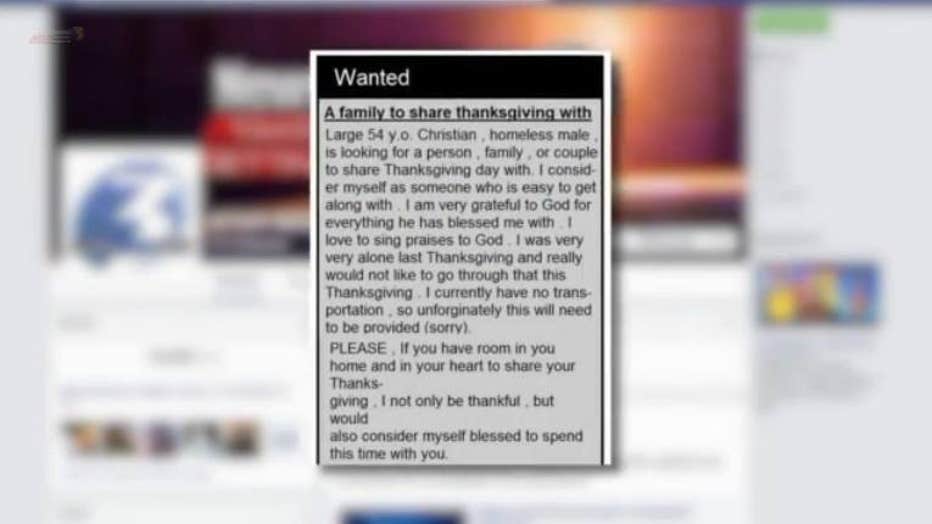 “I am lonely like 365 days a year but Christmas and Thanksgiving are two of the worst days, and I really miss having some kind of family atmosphere around me,” Neal told WTKR-TV.

Neal says he worked at a taxi driver for 15 years before losing his job and being forced out of his home thanks to mounting debt.

Now Neal pays what he can from his social security check to the Union Mission Ministries Men’s Shelter in Nortfolk Virgina.  He says he’s been at the shelter for a year and a half.

“You know I’m grateful for even being here,” he says.

But still he says despite being surrounded by others at the shelter he feels alone without a family, especially on Thanksgiving.

“It would mean the world to me if somebody took me in,” he says. “Just for that one day, for a couple hours.”