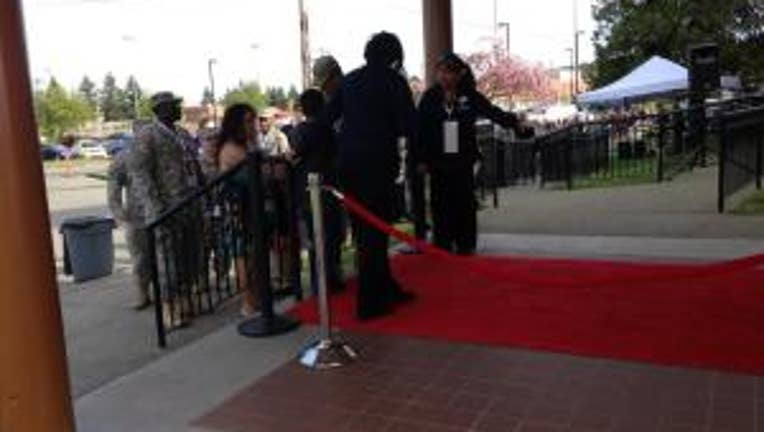 JOINT BASE LEWIS-MCCHORD -- Troops and their families at Joint Base Lewis-McChord got a once in a lifetime entertainment experience Wednesday night.

They’re among the first in the world to watch Marvel Comic’s ‘Iron Man 3’ at the Carey Theater on base.

The evening started with a trip down the red carpet as fans chatted with the stars of the film via Skype.

More than 900 tickets were distributed to local military, and fans lined up for good seats well in advance.

‘Iron Man 3’ opens to the general public May 3.