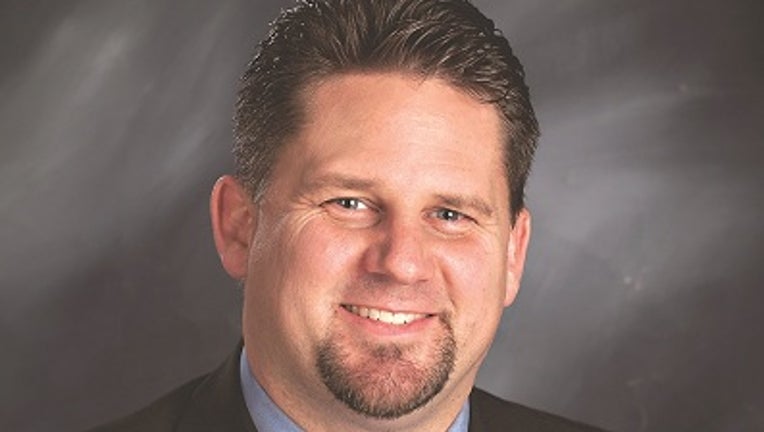 Jon Holden, 41, was elected president of the International Association of Machinists union District 751 on Thursday, March 6, 2014. (Photo courtesy of IAM 751)

Voting results were as follows:

Holden vowed to “do a much better job of listening and reflecting the will of the membership.”  Holden also promised to be more aggressive in enforcing the union’s contracts with Boeing and other employers, and to provide more training and mentoring to union stewards.

“We can and should be pushing the contract enforcement envelope,” he said.

According to the union, Holden started at Boeing’s Everett plant as a parts and tooling expeditor 17 years ago. He has served as a business representative for District 751 for the past seven years, where he represented more than 2,500 workers on Boeing’s 747 assembly line in Everett. He resigned his business rep job and returned to the shop floor at Boeing in order to qualify under District 751 bylaws to run in the election.

His experience earned him the support of a number of key figures within the union, including Wilson Ferguson, the president of Local Lodge 751-A, which is the largest local lodge within the ntire IAM, with more than 18,000 members.

“Jon has experience dealing with Boeing, and our International,” Ferguson said. “He’s run unionizing campaigns and negotiated contracts and has a much deeper understanding of our current Boeing contract than any of the other candidates.”

Holden acknowledged a lot of members are angry after the recent approval of a new contract with Boeing that included givebacks in order to assure the new Boeing 777X would be built in the area. He asked District 751 members to pull together for a better future.

“No matter how any member voted on the recent Boeing contract ultimatum, nobody can be happy about it,” he said. “The divisive events of the last few months demand that our union come together in unity and collective purpose like never before. My role is to channel that anger to rebuild the District. If we do that, we can make Boeing and our other employers better places to work, and all our communities better places to live.”