More than 130 firefighters responded to a large fire at the Seven Gables Theatre.

SEATTLE (AP) - A fire in a historic theater in Seattle’s University District sent a plume of smoke over the neighborhood Thursday.

More than 130 firefighters and 20 fire trucks were on the scene when the roof began to collapse, forcing crews to fight the fire from a safer distance. They had it under control by 2 p.m. monitored hot spots through the afternoon.

The Seven Gables Theatre, a former dance hall, opened in 1976 and was known for showing independent films, documentaries and other movies. It closed in 2017. 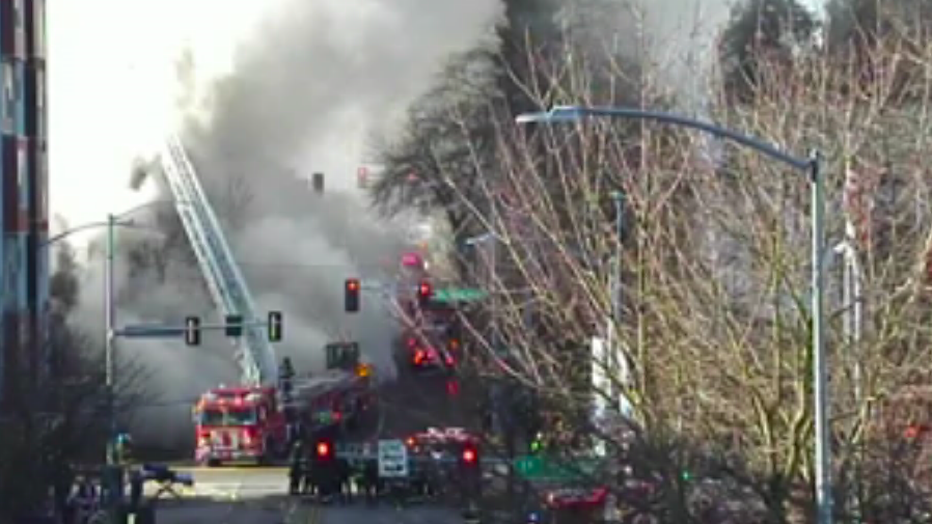