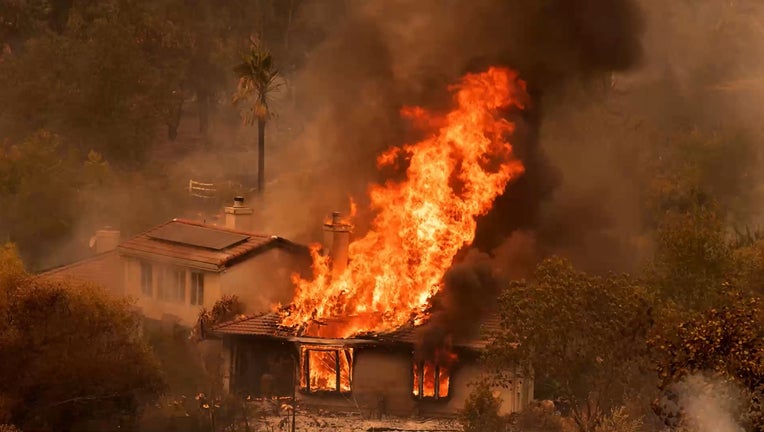 August 19, 2020, Vacaville, CA, USA: A home does up in flames on Serenity Hills road during the LNU Lightning Complex fires at the on Wednesday, Aug 19, 2020 in Vacaville. .It is a rapidly spreading wildfire that spread towards Vacaville early Wednes

SACRAMENTO, Calif. - About 12,000 firefighters in California were out on the front lines battling two dozen major wildfires and 560 smaller ones, sparked by just as many lightning strikes last weekend.

In all, CalFire said all the wildfires had scorched 771,000 acres in total.

Interactive map: See where all the fires are raging in California

Not only are the sheer numbers dramatic, but firefighters said the nature of the wildfires and the speed of its path are unprecedented.

"We have fires burning in areas that may have never burned at all," Cal Fire's Unit Chief Ian Larkin said Friday, specifically of the CZU August Lightning Complex Fire consuming more than 220,000 acres of earth across Santa Cruz and San Mateo counties.

Mark Neveau,  former San Francisco Fire Department Battalion Chief and coordinating officer for the Department of Homeland Security's Federal Emergency Management Agency, told KTVU on Friday that some fires burning in that area were eating up the earth as fast as 1,000 acres an hour.

"It's a catastrophe," Neveau said.

As of Friday, six people had died.

The bodies of three people were found in a home that burned in Napa, according to the sheriff. In Solano County, the sheriff said one man died there.

Separately, a Pacific Gas & Electric utility worker was found dead Wednesday in a vehicle in the Vacaville area Wednesday. In central California, a pilot on a water-dropping mission in western Fresno County died Wednesday morning when his helicopter crashed.

At least two other people were missing and more than 30 civilians and firefighters have been injured, authorities said.

On top of all that, Cal Fire officials said they are short on resources and staff. Some firefighters have been working 72-hour shifts.

“Our agency is taxed to the limit,” said Incident Commander Mike Smith at the fire near Santa Cruz. Officials there are awaiting help from other states, but they are having to look further afield than usual, meaning it will take days for crews to arrive, he said. The U.S. Forest Service can't help because they are busy fighting fires on federal lands. Calls to get firefighters to help from Canada and Australia have been made.

The biggest fires being battled are all in Northern California, stretching from the wine country in the North Bay, to the Peninsula and Santa Cruz County, to the East Bay and Silicon Valley. 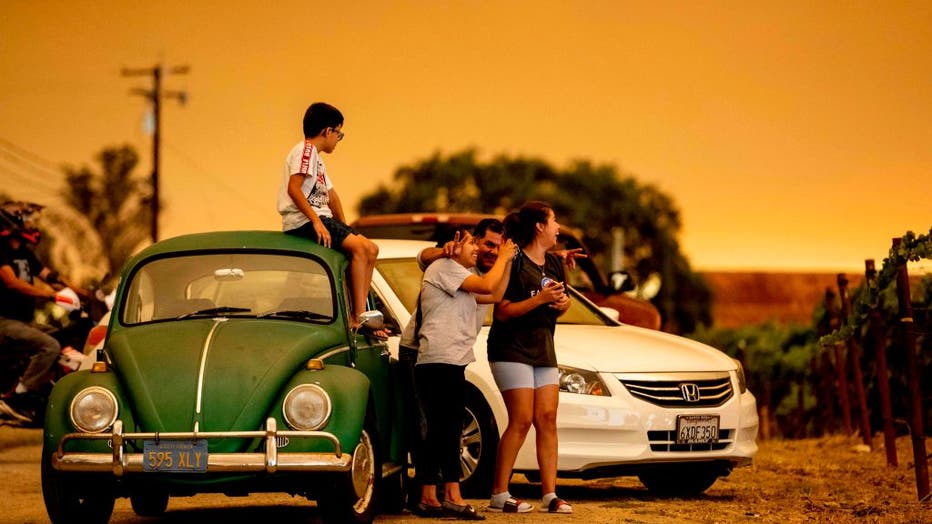 People pulled over near a vineyard watch a smoke plume from the Walbridge fire, part of the larger LNU Lightning Complex fire, as flames continue to spread in Healdsburg, California on August 20, 2020. (Photo by JOSH EDELSON/AFP via Getty Images)

More than 64,000 people have been ordered to evacuate in San Mateo and Santa Cruz counties, which make up part of Silicon Valley and hug the coast south of San Francisco.

And while some evacuations were lifted in the small city of Vacaville, between San Francisco and Sacramento, other areas expanded their evacuation areas. The University of California, Santa Cruz, was evacuated, and a new fire burning near Yosemite National Park also prompted evacuations.

Santa Cruz itself, a coastal city of 65,000, wasn’t affected. But Mayor Justin Cummings urged residents Thursday evening to be prepared to evacuate by gassing up their vehicles and packing important documents, medicines and other belongings.

“Prepare early so that you are ready to go at a moment’s notice,” Cummings said.

Gov. Gavin Newsom addressed the wildfires, calling them clear evidence of climate change, in a last-minute video recorded for the Democratic National Convention from a forest near Watsonville after he visited an evacuation center.

“If you are in denial about climate change, come to California,” he said.

At a news conference on Friday, Newsom said he was grateful to all those crews putting their lives on the line, as well as to their families.

And even though residents and fire crews are weary, the firefight is not nearly over.

None of the major fires were even close to being contained.

And there could be more blazes ahead.

Cal Fire spokesman Daniel Berlant the fire danger remains elevated this weekend as there still may be more lightning expected Sunday through Tuesday, gusty winds in the Eastern Sierra and very hot temperatures. 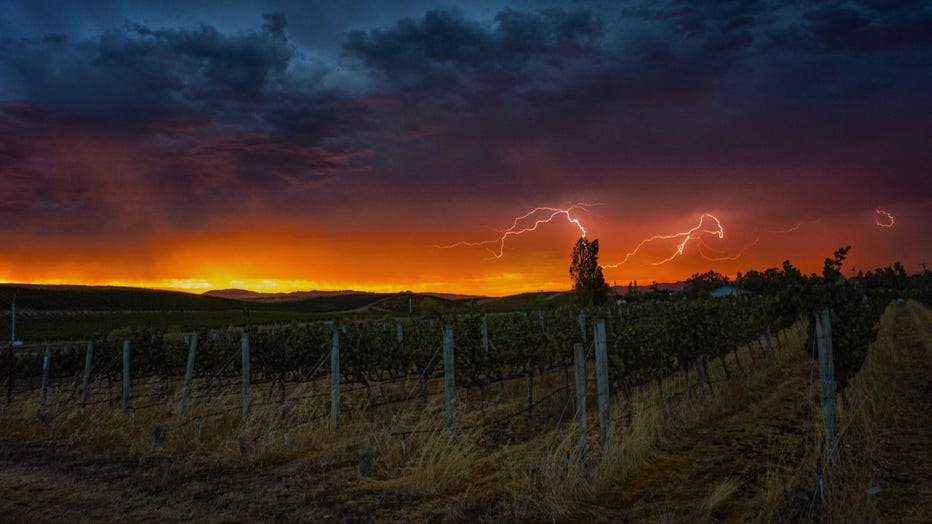 Lisa Fernandez is a reporter for KTVU. Email Lisa at lisa.fernandez@foxtv.com or call her at 510-874-0139. Or follow her on Twitter @ljfernandez