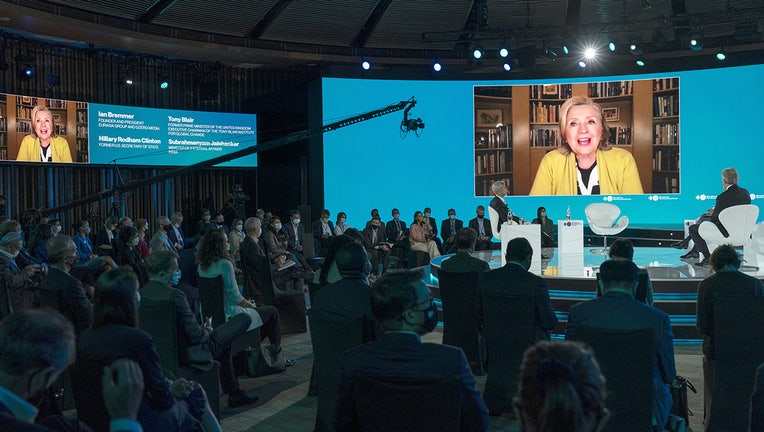 Former Secretary of State Hillary Clinton is slated to speak at the New York State Democratic Convention next week, according to sources who spoke to CNBC.

"She’s beloved by the mainstream members of the Democratic Party and her popularity is likely higher than that of President Biden," a person familiar with the arrangement told the outlet. "It’s good for her because it keeps her relevant, and her appearance is likely meant to galvanize the party and the audience."

Chris Melnyczuk, who is chief of staff to New York State Democratic Party chair Jay Jacobs, said the party "reached out to a number of people to speak and, you know, we’re waiting back on confirmation from a number of people. So there are a few things in the works."

Clinton's rumored appearance comes amid speculation that the former New York senator could try for a political comeback amid plummeting poll numbers for President Biden and Vice President Kamala Harris.

TUCKER CARLSON: HILLARY CLINTON ISN'T OLD NEWS, SHE MAY BE THE FUTURE FOR THE DEMOCRATS

Clinton has said she will not run for political office again, though two of her former allies recently published an op-ed in The Wall Street Journal describing "a perfect storm in the Democratic Party" that could prepare the way for Clinton to take another stab at the presidency.

According to the results of a Fox News survey released in January, more voters say they would back someone else over Biden in 2024 than ever said the same about former Presidents Obama and Trump.