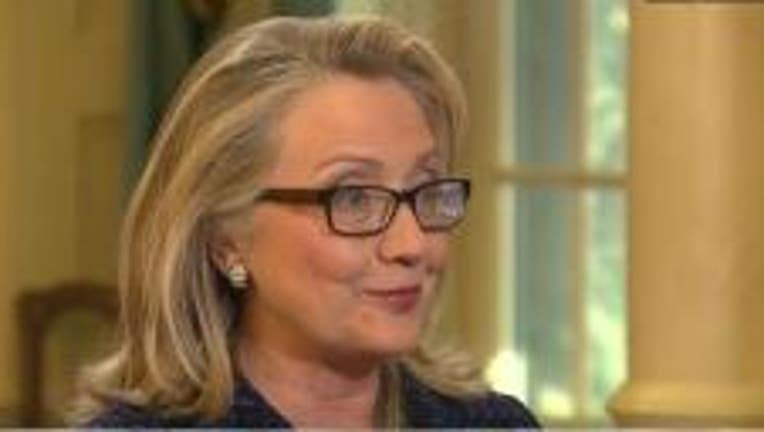 WASHINGTON -- Departing Secretary of State Hillary Clinton said Tuesday in an interview with CNN that she still has "absolutely no plans to run" for president but added she's looking forward to more "adventures" down the road. Later Tuesday, however, she seemed to open the door a little to a 2016 run.

"I am lucky because I've been very healthy. I feel great. I've got enormous amounts of energy that have to be harnessed and focused, so I'm very fortunate," she told CNN's Jill Dougherty and Elise Labott. "I'm looking forward to this next chapter in my life, whatever it is."

Pressed further on whether she has ruled out another White House bid, Clinton said: "I have absolutely no plans to run."

She added, "I don't know everything I'll be doing. I'll be working on behalf of women and girls, hopefully writing and speaking, those are the things that I'm planning to do right now."

She also appeared unaware that a 'super PAC' (Political Action Committee), "Ready for Hillary," had formed recently in support of a possible run.

"Is there really?" Clinton asked.

Her successor, Sen. John Kerry, was confirmed by the Senate Tuesday afternoon.

When Clinton officially leaves her post, she'll be capping a run of public service that includes being a first lady, U.S. senator, presidential candidate and the nation's top diplomat.

Asked what it will feel like to suddenly have some free time, Clinton said it's "going to take some adjustment."

"I've been talking to colleagues who left the government earlier, and the most common thing they say to me is don't make any decisions, you have no idea how tired you are," she said.

Clinton has repeatedly brushed aside questions about a potential presidential run and has yet to be specific about her plans. While she has previously said she was not interested in running at all, her answers of late have been less firm.

But Clinton said for now, she's ready for some rest.

"I know it sounds vague because I have never done this before in my life … to have the luxury of nowhere to go nothing to do, no frantic call about calling some leader about some impending crisis," Clinton said. "I'm actually interested to see how that goes."

To read the full CNN article and see the CNN video, click here.