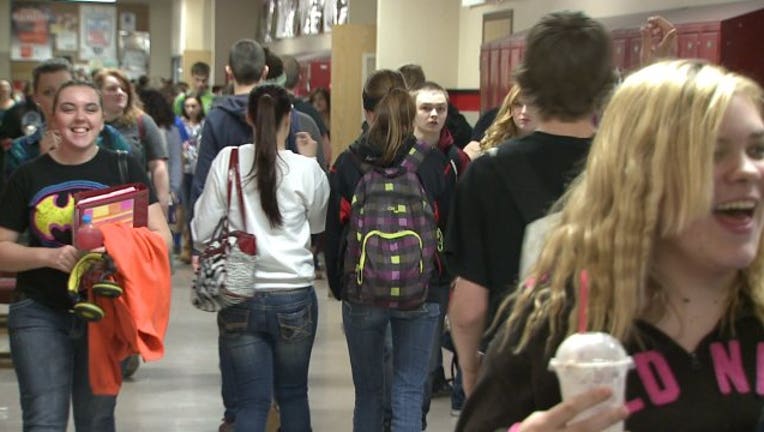 Tenino High School students brave the Beiber in between class.

Tenino High School students can finally leave their earplugs at home today as the jarring sounds of Justin Bieber's popular song "Baby" will no longer be played on repeat during passing periods and at lunch.

According to student government president Connor Stakelin, the song was blasted over the school's speaker system throughout the day in an effort to raise money for a fundraiser sending food to Africa. The plan was for "Baby" to broadcast non-stop between classes and at the school's two lunch periods until the school reached a fundraising benchmark of $500.

The, um, musical incentive worked and the school had raised more than $1,200 by the end of the day Tuesday, stopping the music. The fundraiser will continue on in silence for some time.