Among the sea of jerseys, number 60 from Meridian High School in Bellingham.

SEATTLE - As fans come to grips with how the Seahawks were bounced from the playoffs, they hope to return to Lumen Field next season, so the team can get back to having the best homefield advantage in the NFL.

While the 12’s were not allowed inside the stadium this season due to the pandemic, you may have noticed, there were football jerseys in the stands from high schools across the state. They represent teams forbidden from playing football because of COVID-19.

Among the sea of jerseys, number 60 from Meridian High School in Bellingham.

It belonged to Steven Auld, a team captain who helped lead the Trojans to a state championship in 2003. 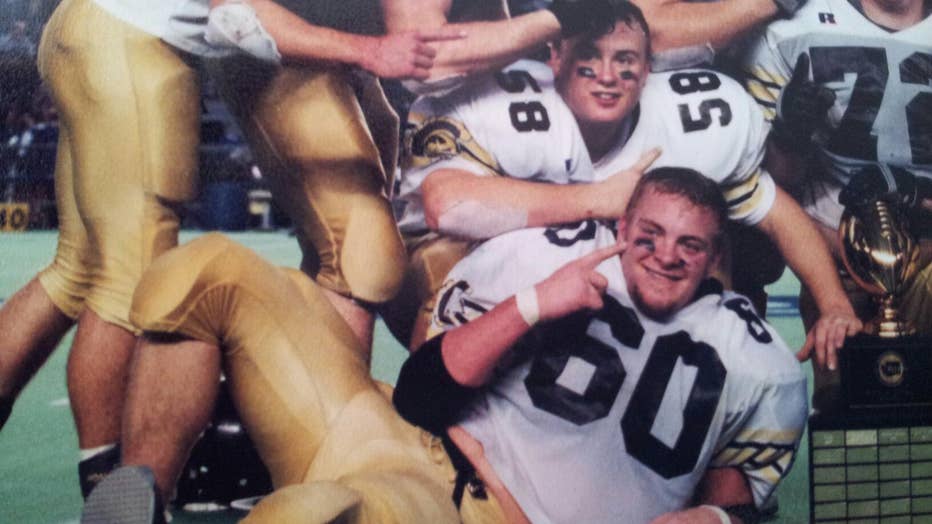 "It was everything to him," said Ray Capp, Steven's proud stepfather. "That was his life’s dream to win a state championship."

More than 17 years later, Capp can still reel off his stepson’s greatest plays. 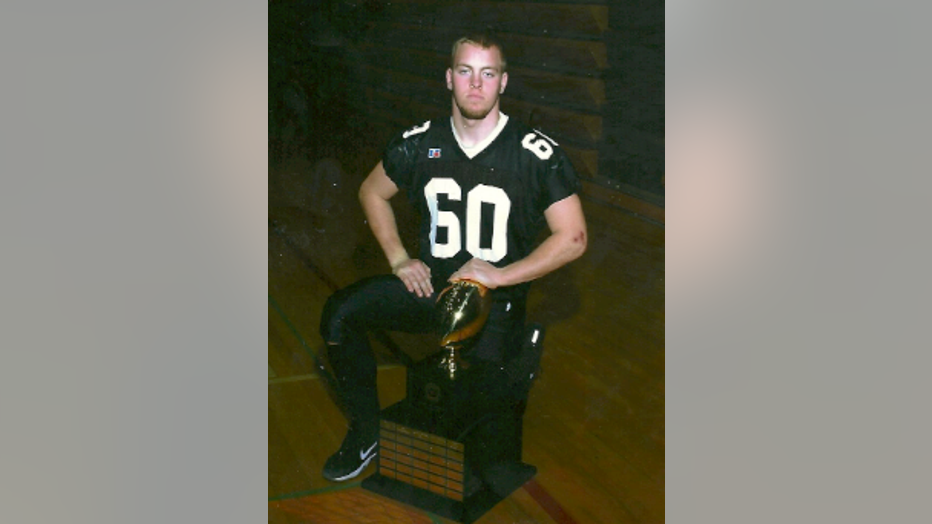 He returned to Meridian High after college to help coach. Even at his wedding, the former lineman wanted to relive the accomplishment, asking his groomsmen to join him in a three-point stance for a wedding photo. 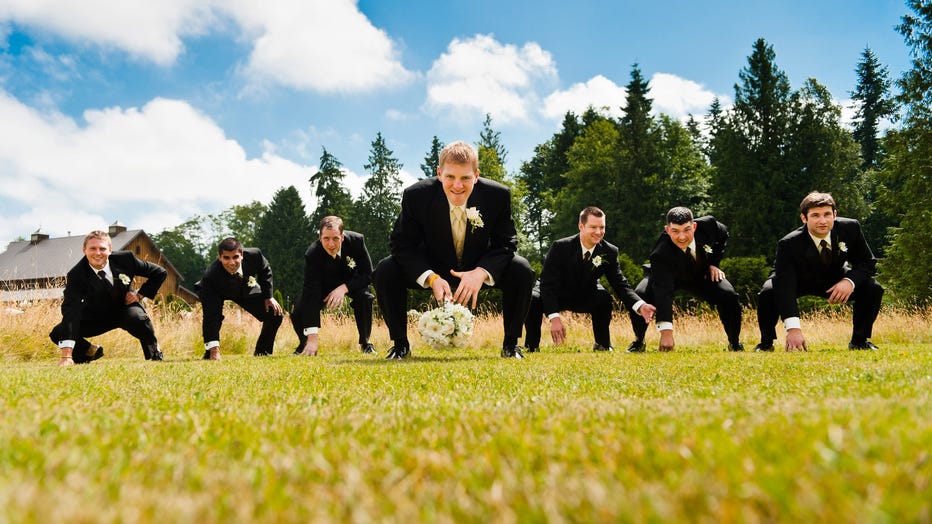 A memorable moment, that would sadly, be one of his last.

Steven was diagnosed with colon cancer in 2009. He passed away three years later.

"For us, it’s about celebrating the time we did have and enjoying the moments we remember," Capp said. "We look at the silver lining and the fact that we had him for 26 years."

Bob Ames coached so many remarkable players over during his 46 years leading the Meridian High football team.

When the Seahawks asked the team for jersey, there was never a doubt who would represent the Trojans.

There were likely a few more tears when Steven’s family and friends saw his number 60 inside the home of the Seahawks.

Bringing back memories of the boy who lived to play the game and whose lasting legacy deserved recognition on football’s biggest stage.

"It would mean everything to Steven," Capp said about Steven's jersey being in the stands at Lumen Field. "I can guarantee this is like winning a state championship to him. He’s looking down on us, grinning ear to ear, knowing, what this represents."

Family and friends set up a memorial scholarship in his name, helping student-athletes at the high school afford college. 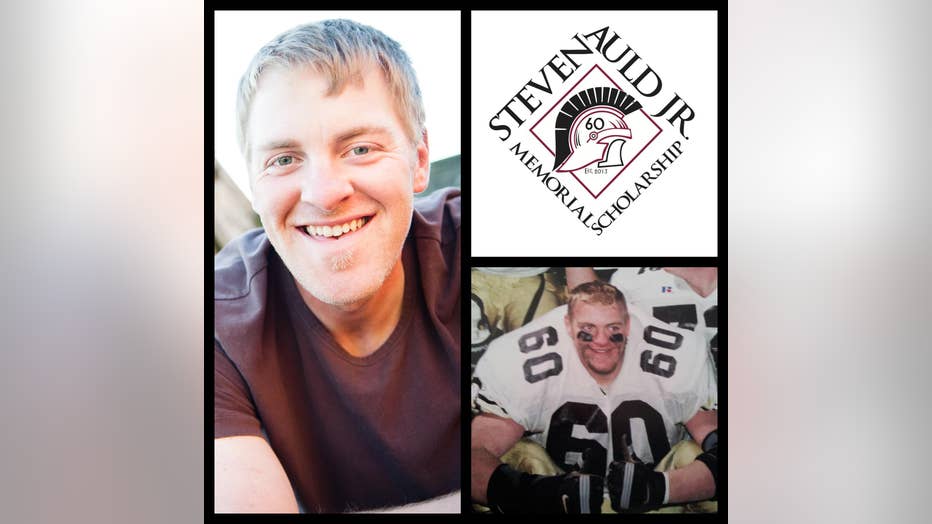