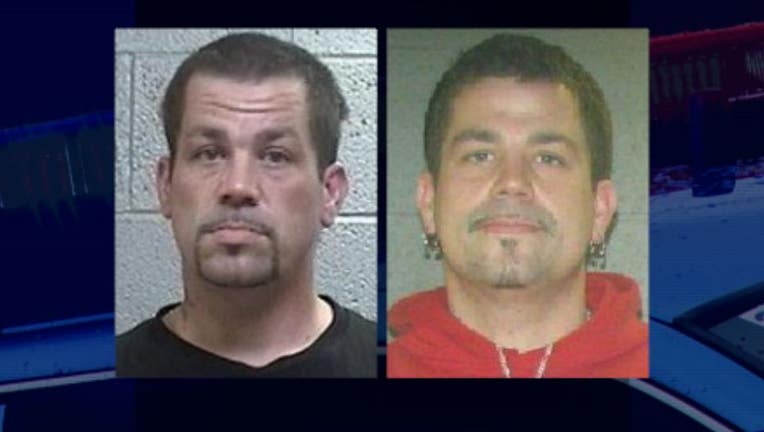 CAPTURED October 25, 2014 --  Kenneth Johnson was captured after a wild chase early Saturday morning in the Sequium area. Here is the update from the Clallam County Sheriff's Office: Law enforcement officers from throughout the area converged on the Sequim area last night and captured the man that has eluded capture for a couple of weeks. Kenneth Scott Johnson was taken into custody near Discovery Bay this morning after deputies and law enforcement chased him through the city of Sequim and eastward along 101. At about 0100 am early Saturday morning, deputies received information that Johnson was in a Subaru in Sequim. Finding the car, deputies attempted to make a car stop. When the driver came out of the car at deputy’s directions, Johnson assumed control of the car and sped off. The driver told deputies and officers that Johnson was in the car and that he had a rifle. A pursuit ensued throughout the Sequim area. At the intersection of Maple and Sequim- Dungeness Way, Johnson stopped the Subaru behind a Mazda Miata at the stop sign, jumped out and, armed with the rifle, carjacked the driver of the Miata, quickly departing toward 101. Law enforcement pursued Johnson in the Miata east on 101. Speeds were not extremely high as Johnson slowed to throw things out of the car to deter law enforcements pursuit. Jefferson County deputies, alerted to the chase, set up spike strips near Discovery Bay at two locations. Johnson hit both strips but continued to travel east. Finally, a Port Angeles Police Officer was able to stop Johnson using PIT maneuver just east of Fat Smitty’s on 101. A PIT maneuver is an action officers are trained in that causes a moving car to lose control without incurring a lot of damage. The loss of control is sudden and dramatic, and there is little the driver can do to stop it. In this case, it worked well, and Johnson was quickly taken into custody. He was treated at OMC for a cut on the forehead before he was booked. Johnson was wanted on three misdemeanor warrants, two felony warrants, and at least one felony charge of failing to register as a sex offender. Further charges relating to the theft of the Subaru, the Carjacking of the Miata while armed and felony elude will also be referred for the prosecutors review and charging decision. FUGITIVE UPDATE October 23, 2014 -- The Clallam County Sheriff's Office says after actively chasing missing sex offender, Kenneth "Tiny" Johnson in the woods west off Youngquist Road near Sequim, they lost the track for him and were not able to catch him. The Sheriff's office asks anyone who know where is, to call: (360) 417-2305 which is the sheriff's office tip line set up for the manhunt. FUGITIVE WANTED IN CLALLAM COUNTY October 10, 2014 -- Kenneth ‘Tiny’ Johnson is a level three sex offender – the worst of the worst – who has gone off the grid in Clallam County. He’s a convicted child rapist who’s also been busted for child molestation, assault, domestic violence, giving drugs to a minor, and a gun crime. Failing to register as a sex offender is one of the five warrants he has out for his arrest right now. If you know where he’s hiding, call an anonymous tip into: CRIME STOPPERS: 1-800-222-TIPS You must call the Crime Stoppers hotline with your tip to be eligible to receive a cash reward for information leading to a fugitive’s arrest. Click here for information on how to text a tip to Crime Stoppers.