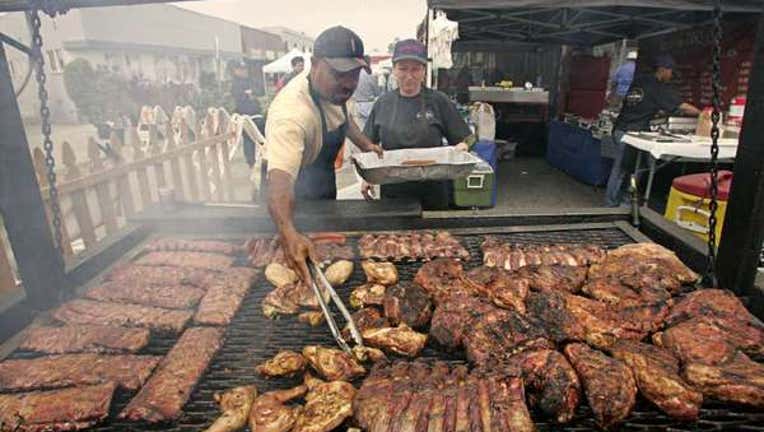 High protein consumption may help protect the elderly from dying of age-related diseases such as cancer, a study has found. But for those in middle age, a high-protein diet was found to substantially boost death rates from cancer. (Robert Lachman / L

Consuming high levels of protein — particularly animal protein — is a bad strategy if you’re at midlife and aiming to live into old age, new research finds. But a study out Tuesday reveals that in older age, fortifying one’s diet with more protein-rich foods appears to be a formula for extending life.

An article published in the journal Cell Metabolism says that, over an 18-year study period, middle-aged Americans who had the highest consumption of protein were more than four times as likely to die of cancer or diabetes, and twice as likely to die of any cause, than those whose diets were lowest in protein.

“Your stage in life matters,” said biogerontologist Valter Longo, director of USC’s Longevity Institute and lead author of the paper, which explores the role of dietary protein from the cellular level to the population level.  “Some have said for years that proteins are bad. That’s half right and half wrong.”

Tapping a national database of 6,381 Americans’ health and nutrition behaviors, Longo’s team found that in people between the ages of 50 and 65, following a diet in which protein accounted for 20% or more of daily calories consumed increased the risk of death during the 18-year study period to levels comparable to the effect of smoking cigarettes.

Whether the remainder of those younger individuals’ diet was dominated by fat or carbohydrates made no difference to the outcome. But the source of the protein mattered a great deal: for those whose sources of protein were heavily plant-based — nuts and legumes — the increased risk of dying of cancer declined and the increased risk of all-cause mortality disappeared altogether.

Among the study’s older subjects, by contrast, the source of proteins was less important. What was important, said Longo, appeared to be that those entering a period of growing frailty reduced their loss of weight and muscle mass with a higher intake of a nutrient that helps sustain and build both.

The article by the U.S.-Italian team is the culmination of two decades of study that has coaxed the researchers to look for clues well outside the lab: Longo and his team have studied the dietary habits of a little town in Italy with a high concentration of centenarians, and have traveled to Ecuador to gather information on an exceptionally long-lived family congenitally deficient in a growth hormone linked to cancer.

The findings of Longo’s team are in line with mounting research on the hazards of heavy consumption of red meats and the protective effects of plant-based nutrients. But unlike many large-population studies that have found links between poor health outcomes and animal protein consumption, the current study identified the potentially pivotal role that a hormone called insulin-like growth factor-1, or IGF-1, plays in driving age-related diseases such as cancer.

In a subset of the study’s human subjects who submitted their blood for analysis, as well as in laboratory mice, Longo’s team found that heavy protein consumption in middle age drove up levels of IGF-1. In the group’s rodent experiments,  higher IGF-1 levels — whether induced by high protein consumption or genetic engineering — promoted rapid cancerous growth when the researchers implanted 20,000 cancer cells under the animals’ skin: 100% of these mice developed tumors.

Among mice that were fed a low-protein diet through middle age — and which therefore had lower IGF-1 levels — tumor formation was 10% to 30% lower.

At the same time, the researchers uncovered evidence that older mice were less able to absorb or process proteins. When they were fed high-protein diets, the older mice tended to maintain or increase their weight — a factor that appeared to keep them from becoming frail. By contrast, older mice fed a low-protein diet lost weight; that, says Longo, appeared to make them more vulnerable to diseases of aging.

IGF-1, produced largely in the liver, is essential to normal human growth and to the process of cell replacement after injury . But it is also implicated in a wide range of disorders associated with overgrowth and cell proliferation, including heart enlargement, the runaway cell growth common to all cancers, and obesity.

But while  IGF-1’s role in promoting tumor growth has long been recognized, its link to a high-protein diet appears to be a new.

“People will say, ‘Here we go again: First you attack the fats, then you attack the carbohydrates, now it’s the protein,’ ” Longo said. But over 20 years of research linking heavy protein consumption to diseases of aging, and eventually to higher IGF-1 levels, he said, “we never changed our mind”: Americans’ protein-packed diets “are hurting them in a major way.”