Winter begins on Wednesday and will make a big entrance as confidence is growing that a significant winter storm could impact millions of Americans just before Christmas.

Just as millions of Americans begin to travel over the river and through the woods to grandmother's house, there is growing confidence that a significant winter storm will develop later this week and impact a large swath of the country, according to the FOX Forecast Center.

"Our confidence is growing, and what that means is that there's more agreement on the forecast data, so the significant winter storm becomes more likely," FOX Weather meteorologist Amy Freeze said. "The timing right now is that this could last into Christmas weekend. For some, it's a nightmare. For others, this could be dreaming of a white Christmas come true." 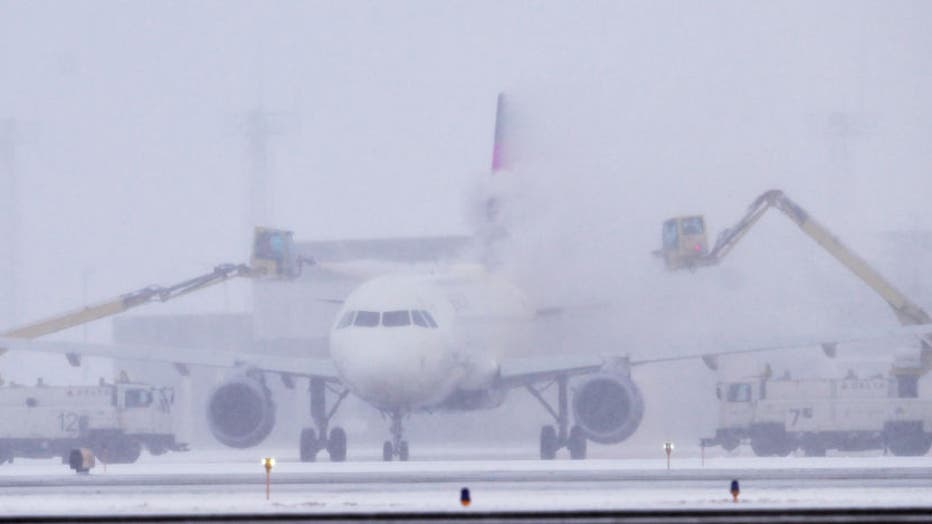 With the storm still several days away, details remain highly uncertain due to a wide spread of potential scenarios depicted in forecast models -- typical in forecasts this far in advance. Here is what the FOX Forecast Center is watching so far.

"It's a significant winter storm, bringing rain, wind and snow and causing travel issues," Freeze said. "But the heavy snow and strong wind, strong wind, I can't emphasize that enough, can really disrupt the travel and maybe even take out some power."

There's increasing confidence that a significant winter storm will slam the East and could cause a travel nightmare into Christmas weekend.

Light to moderate snow will first develop on Wednesday across the Northern Rockies and northern Plains ahead of an arctic cold front that will be charging south out of Canada, according to the FOX Forecast Center.

That snow will then spread south and east ahead of a front Wednesday night and will likely reach the central Plains and Upper Midwest on Thursday morning.

That snow will be accompanied by strong winds, which could lead to some treacherous travel from Kansas to Wisconsin.

From there, the details of this high-impact winter storm are becoming clearer.

According to the FOX Forecast Center, models are coming into agreement that show a powerful low pressure system developing across the Midwest and Great Lakes.

Should this come to pass, heavy snow and strong winds will slam an area that stretches from Oklahoma to the Great Lakes on Thursday night, Friday and even possibly into Saturday.

Along the Eastern Seaboard and into New England, heavy rain and potentially damaging wind gusts could knock out power to thousands.

But there's still a chance that the low pressure system could wait to develop, which would bring the Southeast and Northeast into play for impactful snow, but as time passes this scenario is looking less likely, according to the FOX Forecast Center.

The bottom line is: A highly impactful winter storm is likely toward the end of the week. Those living or traveling to and from the eastern third of the country must pay close attention to the forecast as it becomes locked in over the coming days.

Stay with FOX Weather for frequent updates throughout the weekend and next week on this potentially impactful storm.