CHULA VISTA, Calif. (CNN) — Doyin Oladipupo was on the phone with a police dispatcher, hiding in a closet when she heard the door open.

Three intruders, who had set off the home security alarm, came into the walk-in closet in her parents’ bedroom, apparently looking for items to steal from the Chula Vista, California, home.

The 15-year-old was cowering in a corner next to some shelves. She thought her bright toe nail polish would give her away.

“I was so scared. I could see them,” she told CNN affiliate KGTV. “I thought they would see me.”

The 911 operator heard one of the intruders hollering at the others and told the girl, who was home alone, not to talk. 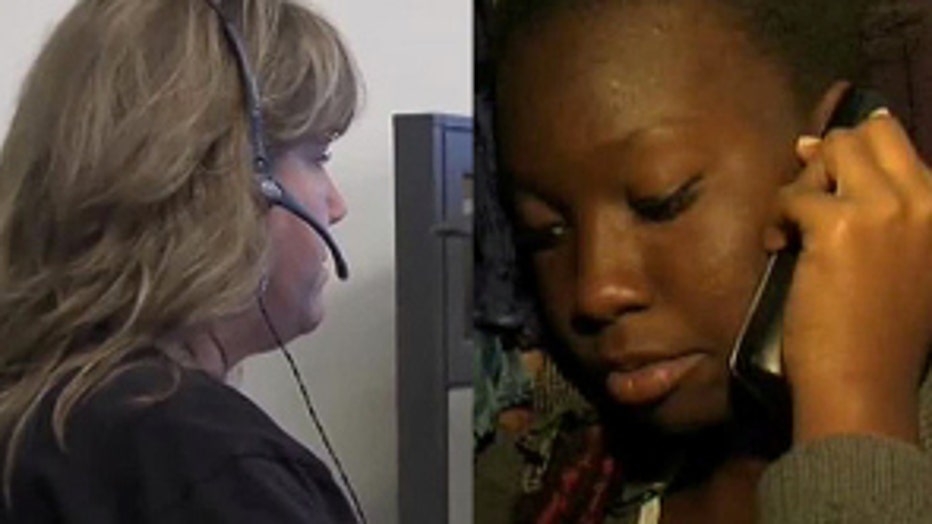 The dispatcher then asked her to tap once on the cordless handset to indicate she understood not to open the closet door.

She remained silent and still, Oladipupo told KGTV, while the intruders came in and took jewelry off a shelf, she said.

Police said in a statement that when officers arrived, the three intruders were loading items from the home into a car on the street.

The car had been stolen a week before the attempted burglary, which happened Tuesday afternoon.

There were items from other burglaries in the car, police said.

“I don’t know how I did it, honestly,” Oladipupo said.

“Because when I think about it now, my heart just starts beating