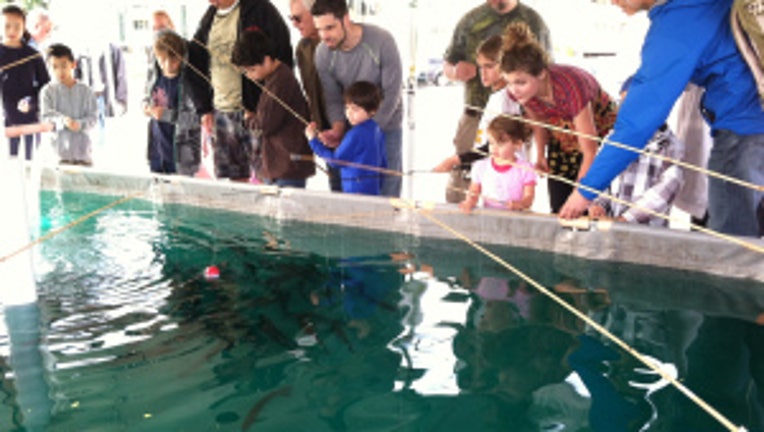 WEST SEATTLE - "Hey Dad, I caught a fish!"  That was the popular refrain heard Saturday morning at Seacrest Park in West Seattle.  Thanks to the West Seattle Sportsman's club, dozens of kids, and their parents, got to fish for live trout at the club's annual fishing event,  The West Seattle Herald reported.  The Sportsman's club stocked the artificial pond with hundreds of trout, and kids got to fish for free, the paper reported.

Club President Gary Moseley said that the annual event helps to introduce kids to conservation and sportsmanship.  In addition, the kids get to take home the fish and "enjoy a fish dinner" Moseley told the paper.

The West Seattle Sportsman's club got started in 1912 and incorporated in 1937, the paper reported.  In that time, thousands of West Seattleites have enjoyed the program, Moseley said.