SHORELINE -- Shoreline Police are asking for the public’s help to ID a burglary suspect at a condo building along Hwy 99.  Surveillance video from 4:16 a.m. on Wednesday, August 30th shows the suspect wearing a #24 black and white NFL jersey that could be an Oakland Raiders jersey belonging to Charles Woodson or Marshawn Lynch.  He is also sporting a black Oakley ball cap, yellow work boots and carrying a backpack using a wrench or vice grip to break open a key box outside the front door.  "He appeared pretty calm throughout the video as though he's done this before. Probably not his first rodeo," said King County Sgt. Jason Escobar.

The key he found inside the lock box was old and wouldn’t work but he had the door code on a piece of paper and was able to use that to get inside.  "We have a building full of people now who are afraid because he can get into any entrance he wants at any time he wants to," said Jodi Dills.

It’s not the first time they have had issues with intruders. “It’s a problem. It’s a constant problem,” said Dills.  Most recently, a woman broke into the building and another man urinated in their elevator . “Aurora has brought us an enormous amount of traffic, foot traffic. We have people who sit out on the front porch who charge their telephones, smoke cigarettes but there’s not a lot we can do about it at 2 o’clock in the morning," said Dills. 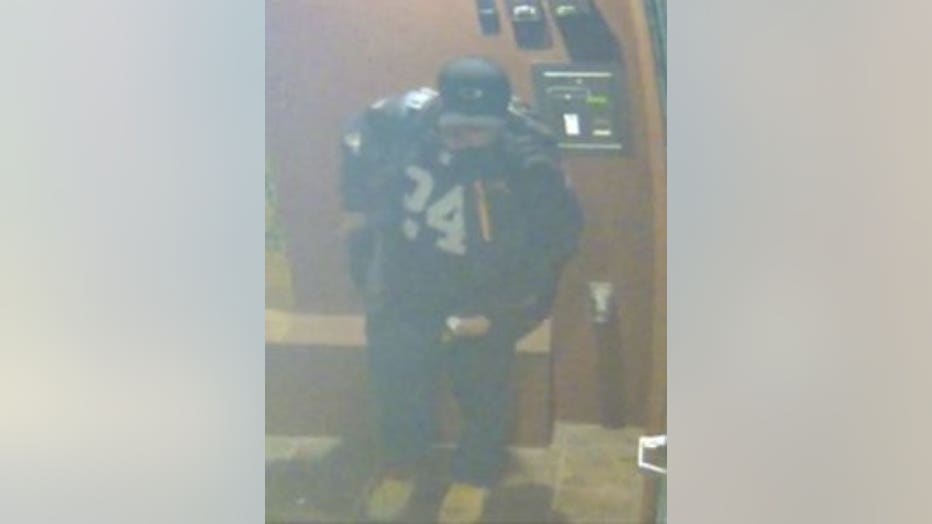 However, this latest case is the most disturbing. “He knows what he's doing. He's got a bag full of tools and it could be you next,” said Dills.

"We want this guy right now.  I'm concerned he's going to do this again. He had the digits to get into the building. He had possible inside information or did his surveillance of the complex so he's probably going to do it again if we don't catch him soon," said Sgt. Escobar.