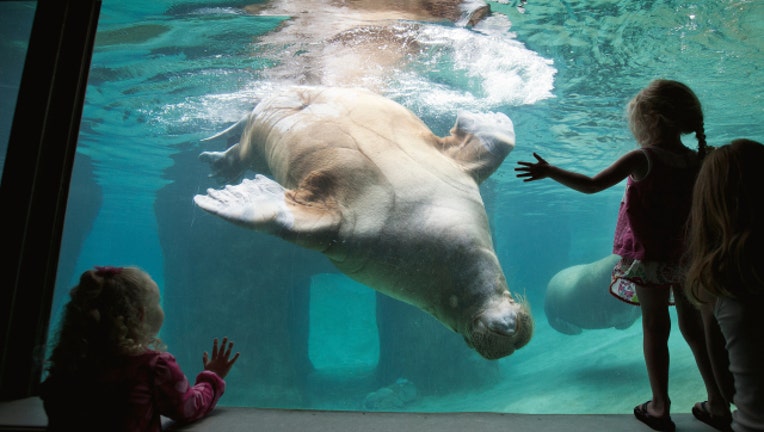 TACOMA -- E.T. the Walrus returned to his exhibit Monday, after suffering a severe illness that threatened the popular animal's life.

According to Point Defiance Zoo officials, ET was "getting back in the swim of things" Monday.

The 32-year-old, 3,350-pound walrus fell seriously ill last week and had been in guarded condition. The walrus refused to eat and was extremely lethargic, officials said.

“His blood values point to an infection,” said head veterinarian Dr Karen Wolf. “We are continuing diagnostic tests and providing treatment based on those blood values.”

Walruses in the wild live to be about 30 years old, but often live longer in zoos.