It's no secret that recovery from COVID can be a very long road, and while most people don't have it as bad as one Federal Way man, he can finally say that he's going home.

EVERETT, Wash. - Hector Garcia, 61, of Federal Way is back home with his family after a year-long battle with COVID-19.

"It’s an answer to all of our prayers," said his wife Elizabeth. "Not only my prayers, but also the church and the whole community that loves him so much."

Elizabeth said her husband started showing symptoms for COVID-19 on October 24, 2020, and a week later on Halloween he was taken to St. Francis Hospital because his oxygen levels were going down drastically.

He was immediately taken in to the ICU, intubated then put on a ventilator, according to his wife, and after two weeks, he would be airlifted to OHSU in Oregon where he was put on an Ecmo machine for six weeks. 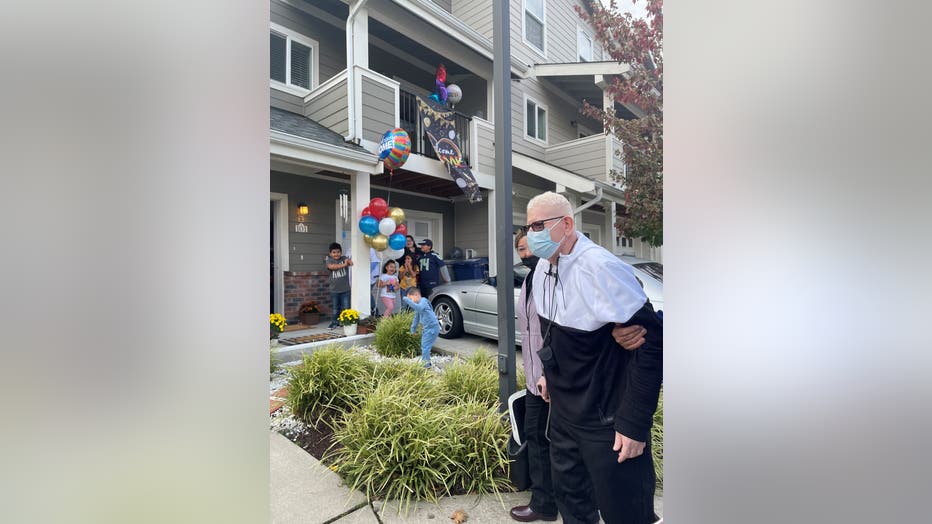 Hector Garcia, 61, of Federal Way returns home after battling Covid-19 for one year.

Over the course of a year, Garcia received care at five different hospitals and spent 130 days in the ICU and 304 days on a ventilator.

"His heart stopped multiple times. When he was in Oregon, my mom, we had multiple conversations like, ‘Sam, you’re going to have to drive out here and say your goodbyes,’" said Samuel, Garcia’s son. "So multiple times I drove out while he was, you know, kind of unconscious and I was just telling him like dad, love you. Everything I had to say I had to say it." 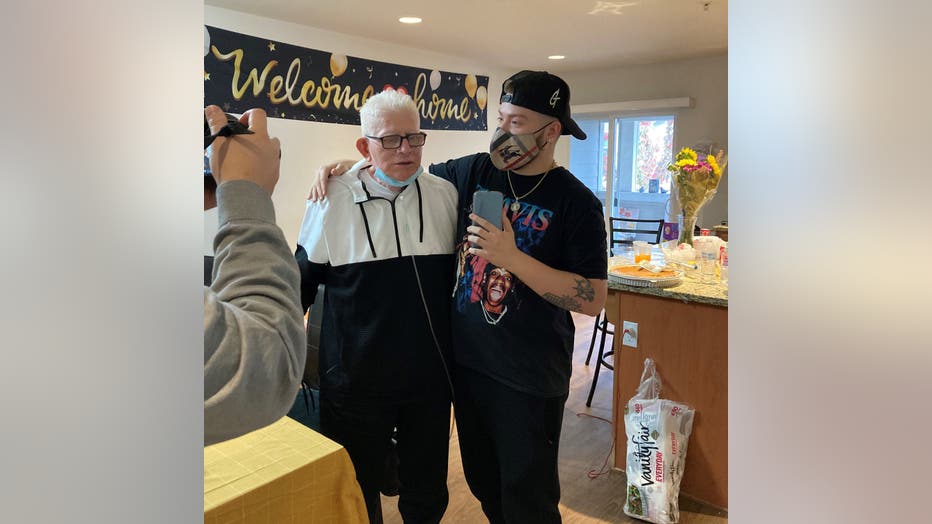 Hector Garcia is welcomed home by his family after being treated for Covid-19 in five different hospitals for a year.

"I just hope to talk to him more and I’m just happy he’s with us now," said Haziel, Garcia’s son. "I’ve just had a lot of faith this whole year. I’ve had a lot of faith. I’ve prayed a lot and it’s helped me a lot and our family. Tell your family you love them because you never know what’s going to happen."

The family is calling Garcia a ‘living miracle,’ after everything he has overcome. 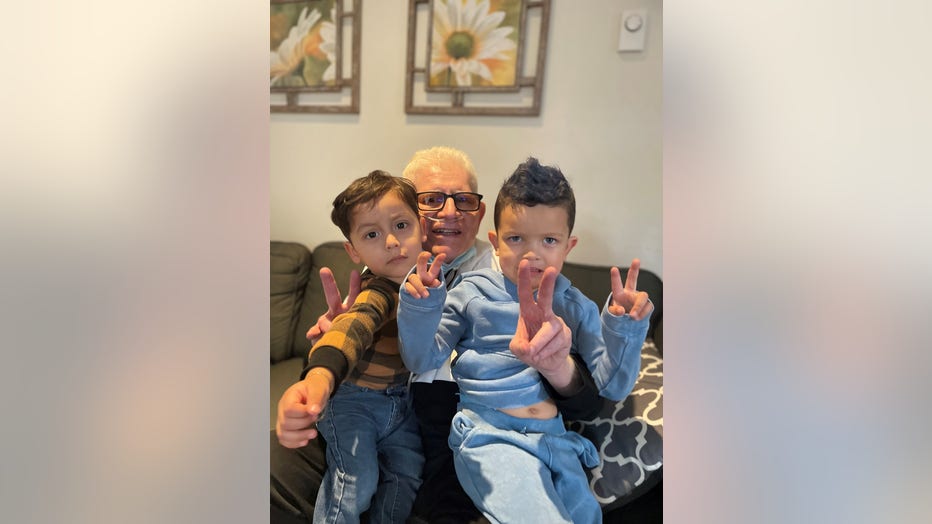 Hector Garcia and his grandchildren.

"If there’s one thing I could say, it’s tell your family you love them, you know friends, because this completely changed from one day to another. It’s like me and my dad were chilling in the living room, joking around and then boom, the hospital," said Samuel. "We have audio of the doctor saying like, he’s not going to be able to breathe without the ventilator, if he comes out he’s going to be severely disabled, he won’t be able to walk, a whole bunch of things. He had an infection in his lungs, back, everything and all of that is gone." 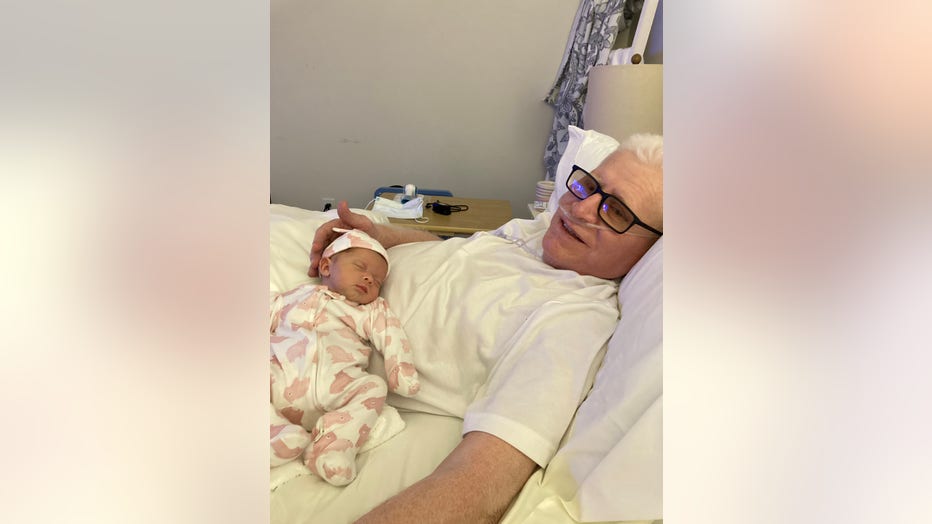 Hector Garcia relaxing at home with his granddaughter.

Garcia has four children and a few grandchildren. He said he is so happy and very lucky. He gave thanks to his care team at the Everett Center, his family and his wife.

"He’s going to eat his favorite food and I just want to have some time alone with him, just to chat again," said Elizabeth. 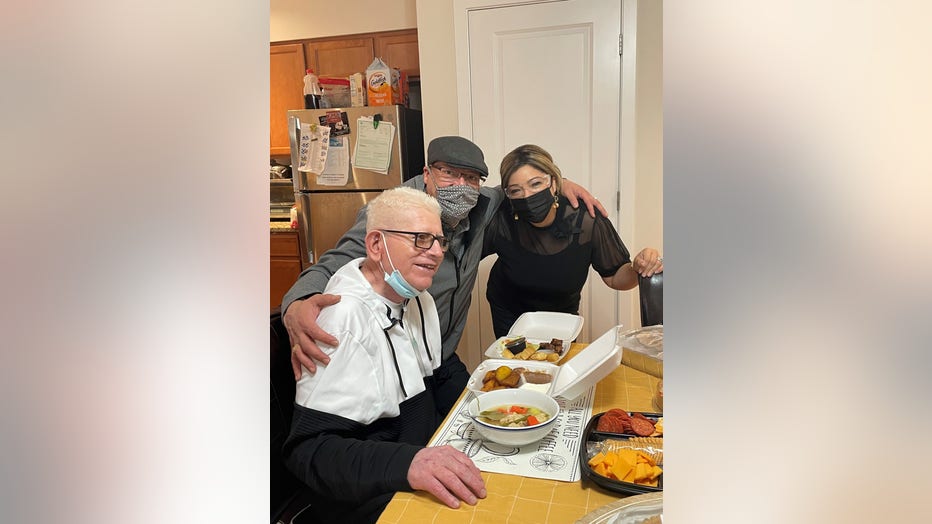 Hector Garcia with his family who prepared his favorite El Salvadorian meal for him at home.