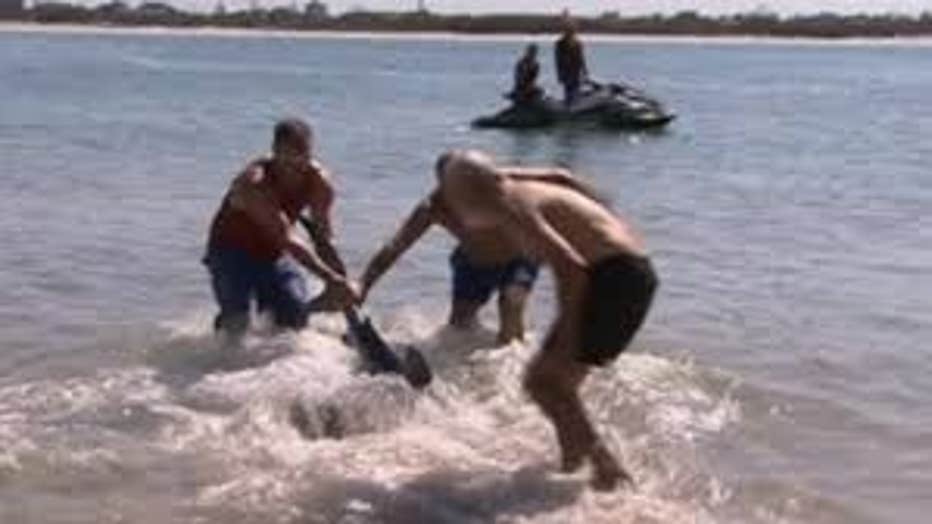 AUSTRALIA (KTLA) — A 62-year-old British man who fought off a shark that was swimming near children was fired after his employers saw the news.

Cameras recorded Paul Marshallsea using his bare hands to drag a 6-foot shark away from kids at a beach in Australia.

Turns out, Marshallsea was supposed to be out on stress leave.

So, when his bosses back in England saw the story on the news, they decided to terminate him.

In a letter, they told him “Wilst unfit to work, you were well enough to travel to Australia.”

They added that the incident led to a “breakdown of the trustees’ confidence.”