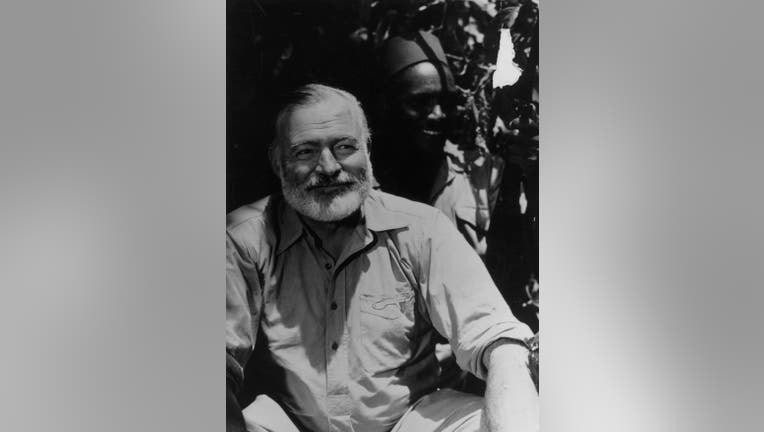 NEW YORK (AP) — The themes and trappings are familiar for an Ernest Hemingway narrative: Paris, wartime, talk of books and wine and the scars of battle.

But the story itself has been little known beyond the scholarly community for decades: "A Room on the Garden Side," written in 1956, is being published for the first time. The brief, World War II-era fiction appears this week in the summer edition of The Strand Magazine, a literary quarterly which has released obscure works by Raymond Chandler, John Steinbeck and others.

"Hemingway's deep love for his favorite city as it is just emerging from Nazi occupation is on full display, as are the hallmarks of his prose," Strand Managing Editor Andrew F. Gulli wrote in an editorial note.

Kirk Curnutt, a board member of The Hemingway Society, contributed an afterword for the Strand, saying that "the story contains all the trademark elements readers love in Hemingway."

"Steeped in talk of Marcel Proust, Victor Hugo, and Alexandre Dumas, and featuring a long excerpt in French from Charles Baudelaire's 'Les Fleurs du Mal,' the story implicitly wonders whether the heritage of Parisian culture can recover from the dark taint of fascism," Curnutt wrote.

War was a longtime muse for Hemingway. He served as an ambulance driver during World War I, drawing upon his experiences for his classic novel "A Farewell to Arms." The Spanish Civil War inspired his novel "For Whom the Bell Tolls." He was both soldier and correspondent during World War II and was on hand in Paris in August 1944 for the liberation from Nazi occupation, described by the author in reports published soon after by Collier's magazine.

"A Room on the Garden Side" takes place in the Ritz hotel (Hemingway liked to say that he liberated the Ritz bar) and is narrated by a Hemingway stand-in called Robert who shares the author's own nickname — Papa. Robert and his entourage drink wine, quote from Baudelaire and debate "the dirty trade of war."

"I did it to save the lives of people who had not hired out to fight," the narrator explains. "There was that and the fact that I had learned to know and love an infantry division and wished to serve it in any useful way I could.

"I also loved France and Spain next to my own country. I loved other countries too but the debt was paid and I thought that the account was closed, not knowing the accounts are never closed."

Hemingway left numerous works unpublished at the time of his suicide, in 1961. "A Moveable Feast," his celebrated memoir on Paris in the 1920s, came out three years after his death. Other posthumous Hemingway books include the novels "The Garden of Eden" and "Islands in the Stream, and "The Dangerous Summer," a nonfiction account of bullfighting.

Hemingway wrote other World War II stories over the last decade of his life. In August 1956, he told publisher Charles Scribner Jr. that he had completed five: "A Room on the Garden Side," ''The Cross Roads," ''Indian Country and the White Army," ''The Monument," and "The Bubble Reputation." Until now, only "The Cross Roads" had been widely seen.

"I suppose they (the stories) are a little shocking since they deal with irregular troops and combat and with people who actually kill people," Hemingway told Scribner. "Anyway, you can always publish them after I'm dead."