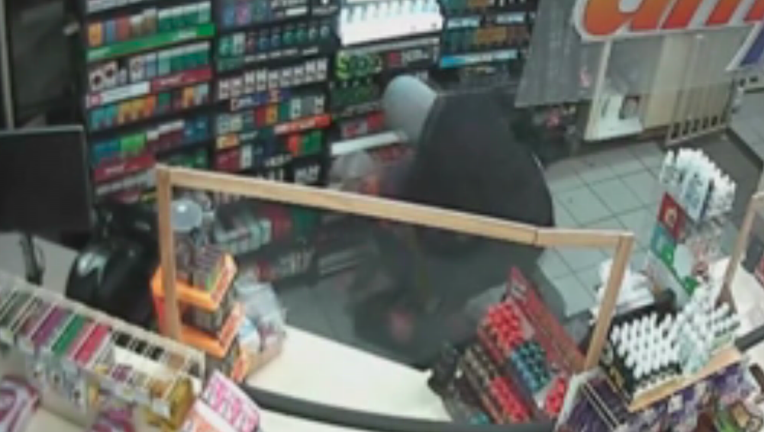 Detectives in Kitsap County are wrapping up the case of a violent attack on a gas station clerk north of Bremerton thanks to Washington's Most Wanted viewers, but they need a little more information.

Deputies are trying to identify the suspect who slammed a gas station employee against the wall and punched him repeatedly. It happened at an AM/PM in March.

The sheriff's office says they started getting tips immediately after this case first aired.

At that time, detectives were trying to identify the driver of a car seen inside the store getting beer and the man in the Arizona T-shirt.

Detectives thought he changed clothes and returned to attack the man. But here's the twist.

According to court documents, Sokimi was in the store swearing a lot and using the N word. When the clerk asked him to stop using that word, detectives say he went behind the counter and punched the clerk in the jaw, knocking him unconscious.

He was identified thanks to tips and arrested last Sunday. He's in the Kitsap County Jail charged with second-degree assault.

Now, back to the most recent case in which the same clerk was attacked. Detectives are hoping someone can identify the suspect. He's heavyset and clearly very strong.

He was seen wearing this black jacket and gray hoodie when he entered the gas station and beat up that employee.

Your tips have gone a long way to help solve this case and give this gas station clerk a sense of peace while on the job.

If you can identify the final suspect, submit an anonymous tip to Crime Stoppers of Puget Sound by calling 1-800-222-TIPS or by downloading the P3 tips app on your smartphone. There is a cash reward of up to $1,000 for information that leads to his arrest.

Sheriff's deputies in Kitsap County are looking for two suspects who slammed a clerk against a wall and punched them repeatedly during a robbery at an AM/PM store north of Bremerton.

It happened in early March, and detectives are turning to the public because they haven't been able to identify the men.

Deputies say the night started with a white Honda Civic with a black hood and faded paint job pulling into the gas station at about 11:15 p.m. 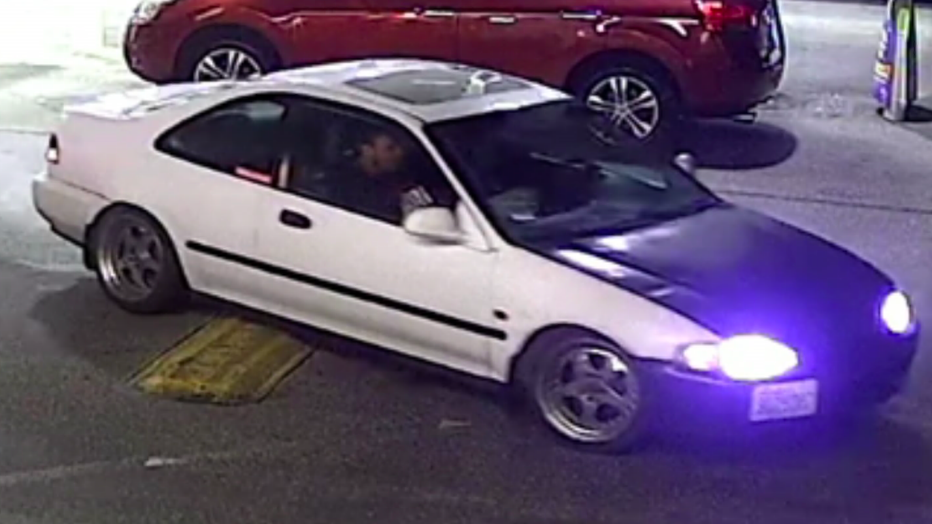 While the driver stayed at the pump, a passenger in the car went into the store. Deputies say he tried to lure the clerk away from the counter but it didn't work.

Detectives believe he is in his mid-20s, heavy set, with black, medium length hair pulled into a bun. He was wearing a black and red shirt with the state of Arizona logo on it.

The two of them left, but deputies say they came back just before 1 a.m.

The guy who was wearing the Arizona shirt put on a black jacket and gray hoodie, and this time he was able to get the clerk to come to the other side of the counter.

That's when the blitz attack happened. The suspect punched the clerk several times before running away.

Deputies say it was all to distract the clerk so the other guy could steal some beer. 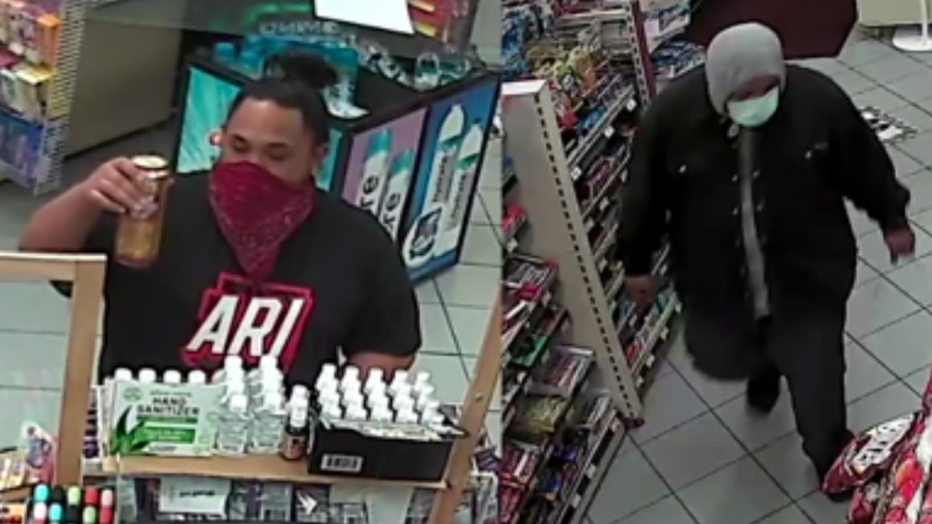 Investigators believe they could be from Tacoma.

If you know either of these men, submit an anonymous tip to Crime Stoppers of Puget Sound through the P3 Tips app for a cash reward of up to $1,000.