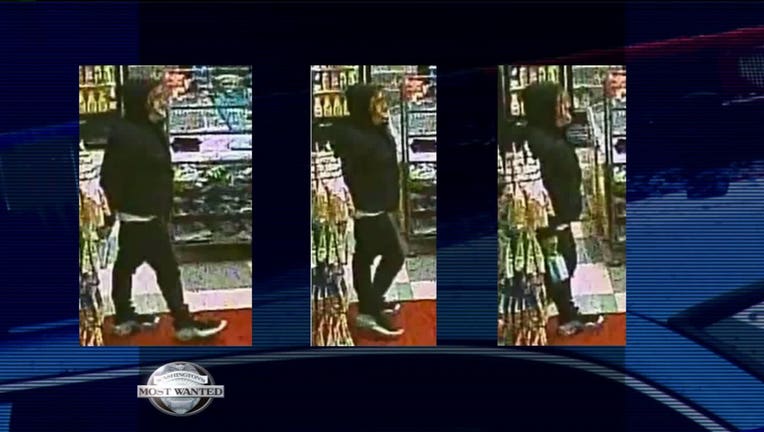 SEATTLE - - Police are asking for help in catching a brazen thief who pulled a gun on a store clerk after stealing a can of Pringles potato chips.

Belltown Market manager Tae Kwon says a thief dressed in all black came into his store Friday night, grabbed a can of Pringles and took off. Both he and a coworker ran after the guy.

“I saw the suspect swing his arm to my coworker. I saw my co-worker was hit by some hard object,” Kwon said.

Kwon says after realizing his coworker had been injured, he decided to continue chasing the thief but then something unexpected happened.

“There was a black 9mm handgun and then he just loaded it, pointed it at me and then he raised his hand in the air. He shot the gun,” Kwon said.

Kwon says he backed off when the suspect fired the gun and ran to call police. He says his coworker had to get stitches in his head but he will return to work soon.

Crime Stoppers Detective Myrle Carner says the suspect is dangerous and those involved are fortunate to be alive.

"He obviously wanted to make a point that it was a real gun by firing one round in the air. I just want to remind anybody that works in a case like that. Over a can of Pringles, it’s not worth your life. We’re fortunate no one got shot," Carner said.

The suspect was described as a light skinned, mixed-race male, who’s 5 feet 9 inches tall and 180 lbs. He's in his 20s and also wore a blond, dreadlock hairstyle. Crime Stoppers is offering up to $1,000 for tips to identify this suspect.

If you have any information about this case, you can call 800-222-TIPS or use the P3 TIPS app on your cell phone.