WANTED IN BAINBRIDGE ISLAND --
Detectives say this crook who needs to be identified threatened a clerk with a crowbar to get the cash he wanted.

Surveillance video from the Hungry Bear Market on Bainbridge Island shows the suspect. He pulled out a yellow crowbar, even though there were other customers in the store and demanded money before finally racing across the parking lot.

Detectives and the clerk he robbed are asking for your help to catch him.

Once a month, Anna Delach says they have safety meetings at the store. “We always go over basics on what to do in a robbery which is ‘calm compliance.’

But, this is first time she's every had to use that training, after police say the suspect pulled a crowbar out of his bag and said he was robbing the place. “Honestly, I just looked at him for a moment, because we get bad jokes a lot, people have joked about robbing the place before, but then he told me he was serious and to open the till, so I did,” said Anna.

The crook only got away with less than $100, but that's not the point -- he could hurt someone next time. "We’re used to burglaries and other types of thefts, but actually brandishing a weapon and taking money is something we typically don`t see on Bainbridge Island,” said Det. Erik Peffer. He says the robbery suspect spent about 8 minutes in the store, in all, and the video does hold some clues. “The one thing I want viewers to look at when they`re watching this video to try and identify him, is this person`s gait, how he presents himself, how he walks, his demeanor,” said Det. Peffer. The suspect is wearing a Mossy Oak hat, dark on the front, camo on the back, a purple or blue bandana and some distinctive gloves. 'You`ll see a bone pattern on there. We did find a similar type glove on the internet,” said Peffer.

After he got the money, the thief raced off through the parking lot and you can see how he runs."This guy was able to rob a convenience store in the middle of the day, with people all around front and back and even when he ran out of the store, people just continued to fill up their cars with gas, no one chased him, no one yelled. Nothing,” said Det. Peffer.

Since the robbery, employees say they are just more cautious. “I don`t feel much has changed, “ said Anna. “Everyone’s, I think, a little more nervous about people, really dressed up, but other than that, I don`t think much else.”

If you can tell Bainbridge Island Police who this armed robbery suspect is, Crime Stoppers will pay you a cash reward of up to $1,000. You can remain anonymous. Use the P3 Tips App on your phone, or call 1-800-222-TIPS. 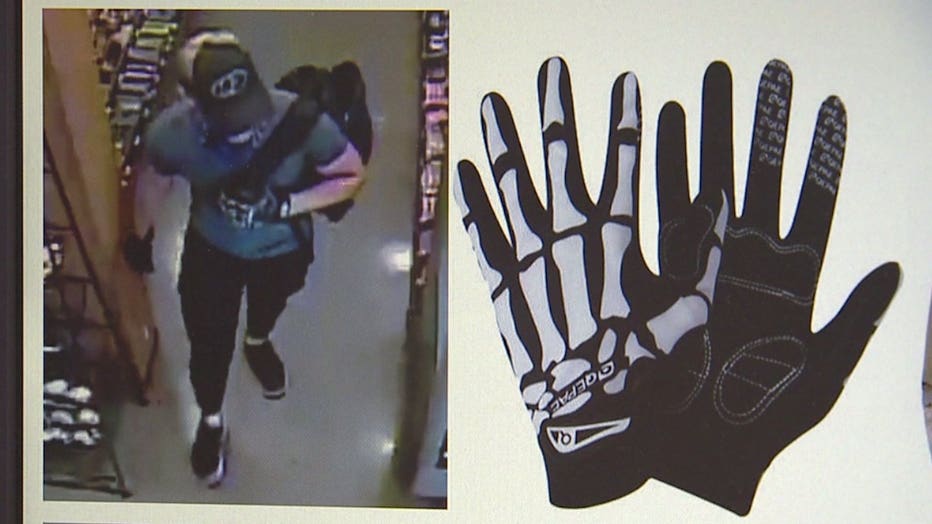 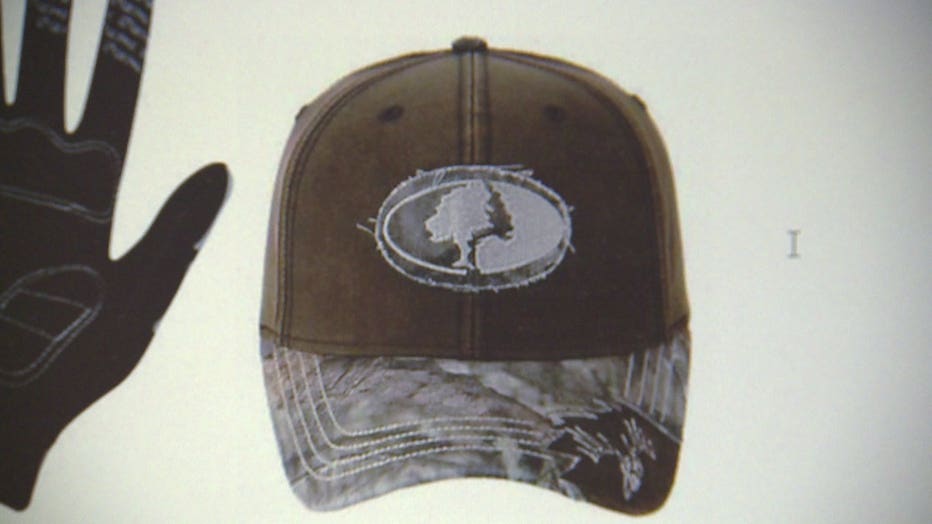