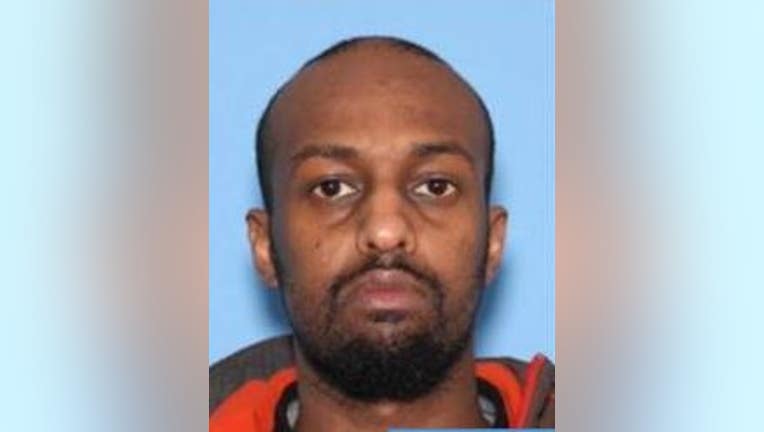 BELLEVUE, Wash. - Bellevue Police are asking for the public's help in locating a man accused of attacking a woman and fracturing her face while threatening to shoot her.

Ali also has a felony warrant from the Department of Corrections for escape community custody after a conviction for first-degree burglary and second-degree assault in 2017.

According to court documents, Ali also has seven convictions for misdemeanor assault and has had over 40 warrants for his arrest issued from municipal courts since 2008.

His most recent conviction was on Feb. 10, 2021, for possession of a stolen vehicle.

He has been known to be armed with a gun in his waistband and to carry a knife, according to court documents.

Detectives are asking for any information you can provide at all including his current whereabouts, any vehicles he drives, phone numbers he uses and addresses he's known to visit or stay at. Police say he has been known to drive stolen cars and to replace the license plates with temporary tags.