SEATTLE -- For the first time, Seahawks cornerback Richard Sherman's side of the story is revealed in an exclusive recording the public hasn't heard from the field.

Q13 FOX News was given exclusive access to audio recorded from a microphone Sherman was wearing during the NFC Championship on Sunday. That microphone captured what happened moments before the interview with FOX Sport's Erin Andrews that sparked a national firestorm.

From what we see and hear, it appears Sherman was trying to be a good sport.

Listen to the interaction:

Sherman says he's surprised by all the attention his postgame comments received and that he would have approached it differently because it took the focus away from his teammates.

That audio seems to corroborate what he wrote in Sports Illustrated -- that he was trying to reach out to Crabtree and shake his hand, only to be shoved in the face.

Sherman says he has not reached out to Crabtree since the game.

"They'll understand that there wasn't malice or anything when I was running up to him," Sherman said. "Obviously it was bad timing I guess, but I knew that was the game and after those games there wasn't a lot of handshakes."

From the scene at a Seahawks press conference Wednesday, the attention on Sherman is at an all-time high -- with the Super Bowl less than two weeks away. 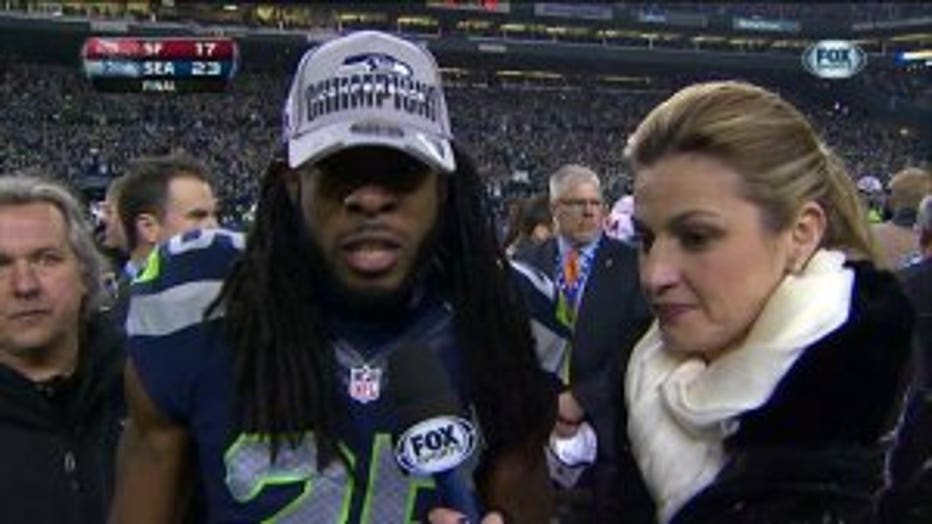